Rehab Critical Mass, a march organised for the third year to stress the importance of an accessible society, will be held in Budapest this Sunday. The aim is to bring visibility and strengthen support and lobbying power for disabled people in Hungary. In its first year in 2014 about 3000 attended, rising to 6000 last year. One of the organisers, Judit Suranyi, said the 2014 march was the first of its kind in the world. She said a big problem for people with physical disabilities or sight, hearing, speech or mental impairments is a lack of negotiating power. The Rehab Critical Mass event wants to create solidarity in society to serve accessibility needs, which not only help disabled people but also others such as mothers with small children or the elderly. The march will start at Clark Adam tér this Sunday afternoon and pass through Chain Bridge to end in Erzsebet tér. 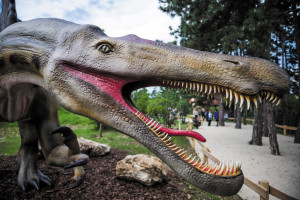 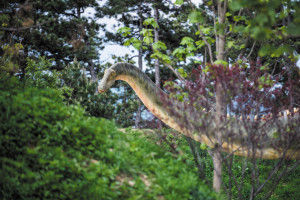 E-nough: smoke if you dare

New rules place the same restrictions on electronic cigarettes as conventional tobacco products. The use of e-cigarettes is now banned in the same places as ordinary tobacco, such as public buildings, catering establishments and around playgrounds. Offenders may be fined HUF 20,000-50,000. E-cigarettes may only be sold in shops with concessions to sell conventional tobacco products, and advertising of the devices is banned. The legislation is in line with a European Union directive approved in 2014. The European Court ruled against a challenge of the directive by big tobacco companies in May. 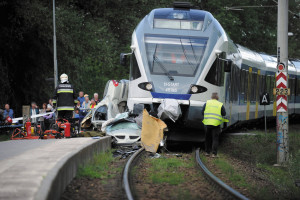 Budapest Mayor István Tarlós has announced plans to renovate Chain Bridge and remodel Blaha Lujza tér. Tarlós said the Buda Castle tunnel was also a contender for renovation and there are plans to extend the Cog-Wheel railway to Széll Kálmán tér in one direction and all the way to Normafa Hill in the other. The Chain Bridge and tunnel reconstruction is estimated to cost 18 billion forints, Blaha Lujza tér 1.5 billion and the cog-wheel line extension some 23 billion. Tarlós said the Széll Kálmán tér reconstruction had been designed and completed with the cog-wheel extension in mind. The projects would be carried out with a loan from the European Investment Bank which the government had approved. Another project on the list of EU-supported investments is one to build a new waste management and sludge incinerator works. Passengers’ use of Metro 4 is “not yet satisfactory” but this is expected to rise when parallel services are made less frequent, Tarlós said. On the subject of a congestion charge in the city centre, he said its introduction is “inevitable … if we don’t introduce it by the end of 2017 there’ll be big trouble”. 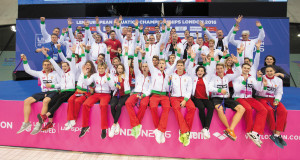 Media authority NMHH has fined daily Magyar Hirlap 250,000 forints for publishing an opinion piece by journalist Zsolt Bayer, which it said incites hatred. Bayer described the followers of Islam and migrants older than 14 years as “potential murderers” in the article in print and online last November, the NMHH said. It had launched an investigation after receiving a private complaint. The authority also ordered the article’s removal from Hirlap’s website and the paper must post the NMHH verdict on the opening page of its online edition for seven consecutive days.

The winning plan of the new Museum of Ethnography, which will be built in City Park

Ádám Vay, a nearly 2-metre tall native of Budapest, has been signed by North American National Hockey League (NHL) team Minnesota Wild to a two-year contract after his outstanding performance at the world championships in Russia. Vay posted a 3.67 goals-against average and a .911 save percentage in three games for Hungary. He made 35 saves in a 5-1 loss to the United States, 48 saves in a 3-0 loss to Finland and stopped 11-of-12 shots in relief against Canada. The 22-year-old led the Hungarian league last year in saving percentage. If he gets a chance to play a game for his new team, he will become the first Hungarian player in the NHL.

Acts by the London Globe Theatre and the Monte Carlo Ballet will be the highlights at this year’s Budapest Summer Festival between June 10 and August 30, festival director Teodóra Bán has announced. Marking the 400th anniversary of William Shakespeare’s death, the Globe will present “The Two Gentlemen of Verona” on July 1 and the Monte Carlo Ballet the classical piece “Romeo and Juliet” to the music of Prokofiev on August 5 at the open-air stage on Margaret Island. The festival will open with a concert by the National Philharmonic Orchestra performing Ravel’s “Piano Concert in G Major”, Gershwin’s “Rhapsody in Blue” and Dvorak’s “New World Symphony” with Chinese pianist Yuja Wang as guest. Other internationally acclaimed guest performers will be on stage together on July 22 at the opera gala of the Three Tenors. James Valenti from the US, Sebastien Gueze from France and Martin Muehle from Germany will perform romantic melodies in opera. Bán said the festival will feature two spectacular night shows on August 12 and 13 with outstanding dancers and acrobats. There will be more than 100 programmes. 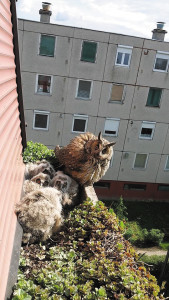 Corruption in Hungary is at a worrying extent, US Ambassador Colleen Bell has said in a lecture at Central European University. Bell said corruption is a problem on a global scale and it weakens the rule of law, holds back growth and suffocates innovation and investment. Businesses cannot remain competitive if rules favour those who have strong ties to the government, she said. Citizens felt cheated when their taxes ended up in the pockets of public servants, elected officials and their families instead of going towards the services and security for which they were paying. A student asked Bell about claims that Hungary’s media have become propaganda tools and are under government pressure, to which she replied that a free press is very important and is supported by the US in the entire region.

Banks: now you see them …

The number of bank branches in Hungary fell 23pc between 2008 and 2015, daily Népszabadság said on Monday. Raiffeisen cut its branches by 58pc during the period, UniCredit by 51pc, CIB 46pc and Sberbank 39pc.