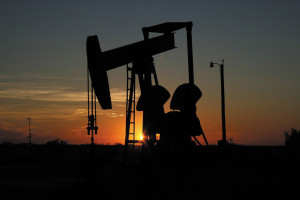 Crude oil has a key role among raw materials, it is an essential component in the functioning of many industries and it constitutes an integral part of world trade. In addition, changes in crude oil prices tend to have a significant impact on macroeconomic indicators, both in the producing and importing countries. An analysis by the Hungarian Development Bank (MFB).

Crude oil is the most important commodity in the world. Its importance lies not only in its share in world trade, or in the magnitude and absolute value of the infrastructure developed for the extraction, processing, transportation and trade of oil, but also in its relative ability to influence the various macroeconomic parameters of national economies through the fluctuation of its price.
As part of the analysis MFB attempts to identify the main effects asserted on the Hungarian economy along three geopolitical scenarios, and in that context to come up with concrete estimates for inflation, private consumption and demand for corporate loans.
Under relatively straightforward, or more elaborately put, “tight” or “overstretched” supply and demand conditions the price of crude oil could be influenced by a number of factors, such as extreme weather conditions in the North Sea, new political doctrine in the Far East, or some form of unexpected ethnic uprising in Africa.
Fundamentally, these uncertain and difficult to predict factors which, however, tend to potentially steer prices were the very reason why the Organisation of Petroleum Exporting Countries (OPEC) was established. Specifically, OPEC was established for the purpose of setting up a pricing mechanism that is sufficiently tight. This means that it guarantees an adequate return, and wealth, for the producing countries, without being overstretched, thus offering a reasonable degree of predictability for consumers in the short and medium term.
In recent years, however, fluctuations have become more and more frequent, sometimes at a completely unexpected pace and rate. Needless to say that the financial crisis started in 2008 in itself and the ensuing impact on demand already seemed out of place compared to the relative calm of previous years. Yet, the volatility of the oil industry, which has been increasing since 2009, has had entirely new components in addition to the economic and geopolitical factors on the classic supply and demand side.
As far as supply is concerned, thanks to technological development and innovation – primarily due to the emergence of various shale oil production methods – production capacities have increased, while traditional sectoral cycles shortened substantially, in other words, it took less time for such additional capacities to show up on the market.
Moreover, fuelled by increasingly higher energy efficiency requirements and the growing popularity of electric cars, technology and innovation is now making its presence felt on the demand side as well. Although these effects on the demand side are not that noticeable yet, they have already been integrated into a strategically defined geopolitical approach.
In that timeframe of the next 12 months, MFB is of the opinion that it is the elements of oil supply that will primarily be dominating, therefore the analysis is limited to that subject. Three of those factors should be highlighted, as they can and will influence crude oil prices in the short and medium term.

Due to low oil prices, the embargos imposed upon the country and to its increased military involvement on the international stage, Russia is burdened by increasing budgetary pressure which could be alleviated, as a realistic answer, by increasing the production of hydrocarbons under unaltered circumstances. In fact, even today crude oil and various oil products constitute a major segment of Russia’s exports and are therefore the most important sources of revenue for its budget.

After the sanctions had been lifted in 2016, Iran was allowed to return to the oil market following nearly 10 years of absence. During the trade restrictions imposed by the international embargo the volume of the Persian state’s crude oil production dropped to half of what it was, which caused the Iranian economy to lose close to USD 60 billion worth of investment capital. As a result, Iran is keen to regain its lost positions as soon as possible, even by increasing its daily production by a million barrels if necessary. The country and its ruling regime are striving to guide Iranians to modernisation within the shortest possible time in an effort to ease the political tension accumulated internally in recent years. To achieve this, Teheran is in dire need of extra petrodollars.

3. Pressure from the demographic dynamics of the Middle East

In the Middle Eastern region the number of drilling rigs in use has increased from 140 to 400 during the past 15 years. Half of that increment belongs to Saudi Arabia, the largest oil exporter in the world. On the one hand, it was their reaction to the loss of capacities caused by the embargo against Iran, thus filling the gap in the market. On the other hand, they were compelled to do so on account of their unique logic of governance, as well as the need for additional revenues to accommodate the dynamic growth in population.
What is more, a few months back plans were revealed according to which Saudi Arabia was ready to increase its daily output by up to 40%, which could cause a surge in the daily supply of crude oil the world over by several million barrels, and would also have a significant impact on the oil market given the same circumstances. Furthermore, the situation is made even more nuanced and complex by political turmoil and power struggle in the region, which may well impose an utterly new approach and a downright unpredictable outcome of events.

The effect of oil prices on inflation

In Hungary changes in oil prices on the international market tend to affect the level of prices, economic growth and corporate lending alike.
As far as inflation is concerned, crude oil, as an imported raw material, has a direct impact on producer price indices. At the same time it indirectly influences the costs of transportation of other resources, as well as energy prices through the prices of other types of energy products used as a substitute. Through the price of fuels, the price of oil constitutes a central pricing factor from the perspective of transport costs and is reflected in the price of all products, albeit indirectly, and it alters inflation expectations if the changes in price of fuels tend to be lasting. Moreover, it has an effect on wages, as wage requirements usually rise in an inflation environment that is generated by increasing oil prices, which in turn drives consumer prices up from the demand side.
Since Hungary buys the vast majority of its crude oil supplies from abroad (in 2013 the net oil imports to oil consumption ratio reached 87.1%), oil prices tend to influence price levels in Hungary mainly through imported raw materials. Based on our calculations, of the major items in the inflation basket the price of crude oil will have a spillover effect on the price of fuel, unregulated household energy, and foods within a one-year period
These three types of goods are shown in the consumption basket with a weight of 8.3%, 1.0% and 19.1%, respectively. According to our calculations international price changes may show up in the prices of highly taxed fuels within a month, whereas the most intense effect in the price of unregulated household energy is felt roughly after half a year. The spillover effect is the slowest in the case of foodstuffs, between nine and 12 months.

Crude oil also has an effect on real economy processes through several channels. Lower oil prices leave more money with consumers to spend, which could boost consumption. This particular effect, however, depends also on the level of indebtedness: households tend to compensate their higher tax burdens by setting aside funds for the purposes of saving or paying off debts from their higher income.
In addition to people in employment, pensioners also benefit from lower oil prices as their disposable income increases as well due to fixed pensions. According to our calculations, of the major retail items the price of oil affects fuels sales only: a 10% cut in the price of “black gold” increases fuel sales in Hungary by 0.5 to 0.8%, and through this retail sales by 0.06 to 0.16%.

The global market price of crude oil also has an effect on corporate lending in Hungary via several channels, also international oil prices project credit boom forecasts over several quarters.
Moderating oil prices result in lower producer prices in Hungary, which means that companies can access resources at lower prices, enabling them to cut back on costs. An improving financial situation can influence credit demand in two different ways: one is that it permits companies to put off or postpone borrowing, as they have more funds available for financing impending developments.
On the other hand, a better financial situation also improves the creditworthiness of companies, which allows them to make plans for new investment projects, or to revisit former development plans previously considered unrealistic which, in contrast, may increase their credit demand. These two effects may, essentially, decrease or increase the outstanding loans of companies, while oil prices indicate – from another perspective – the foreseeable direction as well.
While a global economic recovery drives prices up, a slower growth in the global economy or a recession is more likely to discourage demand for essential raw materials and, consequently, to reduce prices. Therefore, international oil prices tend to serve as a beacon as to what external market outlets export companies, and – through supply chains – the smaller enterprises from whom they receive supplies are likely to encounter, which ultimately serves as an indicator for supply and demand in the credit market.
According to the calculations the level of oil prices makes its effect felt on corporate lending through the channels outlined above with a six to 12 month delay, and a 10% drop in oil prices holds the growth in corporate loan portfolios back by 0.8 to 1 percentage point over a span of one year. At the same time on a longer term lower prices will sooner or later bring back the investment appetite of corporations.