Secret service reports show that George Soros is manipulating opinions in Hungary, Minister in Charge of the Prime Minister’s Office János Lázár has told the website of commercial broadcaster ATV. “There are no migrant-friendly, opposition-leaning organisations that are not financed by Soros,” he said. Lázár believes that Soros is an influential supporter of the US Democratic Party and the Clintons, and would “make room for his views at any cost”. He said Soros is likely to take action soon against the Orbán government “which is considered one of his most dangerous political enemies in Europe”. Asked whether there was any direct evidence of how Soros influences migrant matters in Hungary, Lázár told atv.hu that thanks to Soros’s financing, civil organisations had gained “outsized influence in Hungarian society in proportion to their real power”. What’s more, Soros was behind left-wing opposition opinions on the migrant issue, as he was their biggest sponsor. “This is how he fights for his beliefs, and we fight in our own ways,” Lázár told atv.hu. Pressed to reveal evidence for his accusations, he said none is necessary when Soros himself had claimed that Prime Minister Viktor Orbán was his “most dangerous European enemy”, and there is secret service evidence but it is not in the public realm. 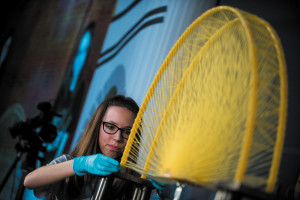 Spaghetti bridge building world championship in Budapest. The winning work cracked under the weight of 455.3 kilogramm 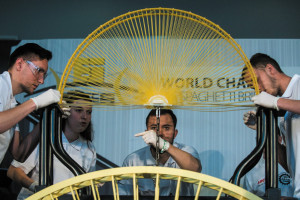 The Budapest Court of Appeals has sentenced Tamás Portik, the one-time head of an oil company involved in illicit deals in the 1990s, to 15 years jail for instigating the murder of millionaire businessman József Prisztás in 1996. The ruling is legally binding. The second co-defendant, who was accused of carrying out the murder, was also given a 15-year sentence. The third co-defendant was sentenced to ten years in prison in a non-binding ruling. Last October, the Municipal Court of Budapest sentenced Portik to ten years in prison and the second co-defendant to nine years in a first-instance decision after the Court of Appeals had ordered a new trial in the case in 2014. The Municipal Court acquitted the third co-defendant. In the original trial in February 2014, Portik was sentenced to 11 years in prison by a first-instance court. Portik, seen as an underworld mobster, amassed a fortune as head of Energol Rt. between 1994 and 2000. He was at one point Hungary’s most wanted man. He is also suspected of abetment in the Aranykéz utca bombing of July 1998, in which four people were killed, including the presumed target, businessman Tamás Boros, who was a key witness in the oil mafia cases. Portik’s case came up again more recently when a parliamentary fact-finding committee asked him, former secret service chief Sandor Laborc and former secret services minister György Szilvásy to appear at hearings about alleged meetings between Laborc and Portik in 2008. The committee later cleared Laborc of wrongdoing. 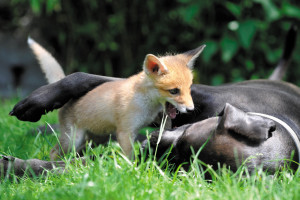 Pixi, the orphaned fox, is raised by a family dog in Pomáz

In one of the most remarkable European Handball Federation Champions League finals, KS Vive Tauron Kielce not only took their first ever trophy, but also became the first winners from the Polish Champions League as well as the first team to win a final of this competition after a penalty shoot-out.  With 15 minutes to go against Hungary’s Veszprém on Sunday, Kielce were down by nine goals but managed to close the gap and even had the chance to win in regular time but failed. Then their goalkeeping duo of Slawomir Szmal (against Mirsad Terzic) and Marin Sego (against Gasper Marguc) saved two crucial penalties in the shoot-out, before Julen Aguinagalde hammered in the deciding penalty for the final score of 39-38. “I am in quite a shock, feeling so mad, so sad,” said Veszprém centre back Aron Palmarsson. “[I] can’t believe what happened. We had already won that match and everybody knew we won it. But then – I cannot describe what I feel.” 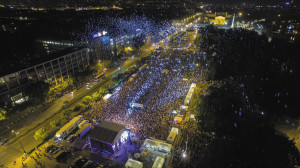 Night of a Thousand Lanterns

Last year 19,279 minors went missing in Hungary, including 16,429 aged between 14 and 18, and 4000 have yet to be found, the organisers of an event marking International Missing Children’s Day say. Thirteen Hungarian towns and cities hosted events on Sunday to mark the day, including children and family activities, educational programmes held by NGOs, crime prevention advice and concerts, civil initiative The Night of a Thousand Lanterns said. Thousands of illuminated balloons filled with helium were released for all the children missing. 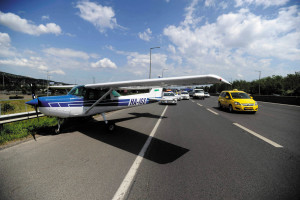 Moscow is still considering establishing a joint Hungarian-Russian airline but it would need to be market-based, not subsidised, Russian Minister of Industry and Trade Denis Manturov said, news agency RIA Novosti has reported. “Our colleagues are examining this question on the Hungarian governmental level,” Manturov said. “We are interested in this, I can confirm that. Our baseline is that we need to find the optimal business solution where this company is commercially viable and does not require state subsidies.” He said such subsidies “are clearly not in our interest, even though we would very much like to produce and supply our own aircraft to Eastern European markets.” 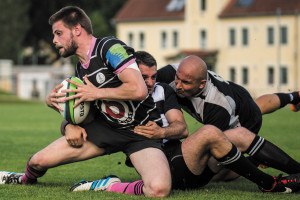 Hungary will reject requests from European Union member states to relocate migrants here, Minister in Charge of the Prime Minister’s Office János Lázár has said. “Nobody can be relocated to Hungary, people must be sent to Greece,” he told his regular weekly press conference.

Shareholders of Norbi Update, which runs a lifestyle and nutrition franchise system, decided to delist the company’s shares at a general meeting on Tuesday, the company said on the Budapest Stock Exchange (BSE) website. An overwhelming majority of shareholders approved, with 88.29pc of them present. The delisting is planned for October 31. Shareholders also voted on converting the enterprise into a closed company limited by shares following the delisting. Norbi Update had HUF 838 million revenue last year, down from HUF 932 million in 2014. The company had HUF 344 million net loss in 2015 and a HUF 156 million net profit in 2014. Norbi Update shares started trading on the BSE in November 2014.