Thousands of soccer fans gathered in Budapest’s Heroes’ Square to welcome back Hungary’s team from Euro 2016 on Monday. Captain Balázs Dzsudzsák thanked them for their support and said he was happy that the team was “able to unite the nation” with their performances in France. Hungary advanced to the final 16 after winning Group F but were eliminated 4-0 by Belgium on Sunday. Dzsudzsák reassured the crowd that the team’s impressive play was not just a flash in the pan. Bernd Storck, the team’s German head coach, called Hungary’s national 11 “the team of the future” and said they were deserving of the new success. He said the team is now turning its attention to the 2018 World Cup qualifiers. The crowd later started down Andrassy út, which was closed for traffic, towards downtown. 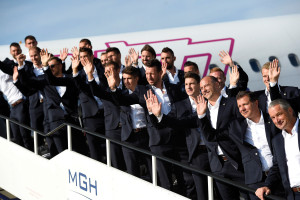 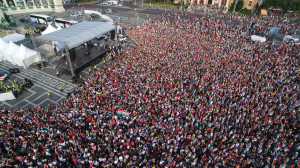 Sixty-one works by early 20th-century Italian painter and sculptor Amedeo Modigliani (1884-1920) are on exhibit until October 2 at the Hungarian National Gallery in Budapest at the first large-scale showing of his art in Hungary. The exhibition presents the main periods and stylistic turns in his work as well as his relationship to his contemporaries. Director of the National Gallery and Museum of Fine Arts Laszlo Baan said Budapest will be on the map of the world’s most important museums in the next few months, with two simultaneous large-scale exhibitions, the other devoted to Picasso. Baan said the Modigliani show includes a large photograph of Picasso’s studio with a Modigliani portrait on the wall that Picasso had bought because he admired Modigliani. The exhibition is realised by the Museum of Fine Arts-Hungarian National Gallery, the Reunion des musees nationaux-Grand Palais in Paris and the LaM in Villeneuve d’Ascq, France, in co-operation with the Ateneum Art Museum-Finnish National Gallery in Helsinki. 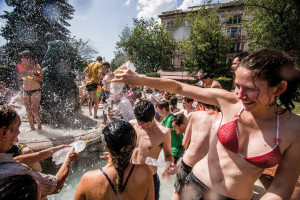 The National Investigation Office has scrutinised almost 900 offshore companies with ties to Hungary revealed in the leaked Panama Papers, daily Magyar Idok said on Monday. The office is working with national tax authority NAV, the public procurement authority and the secret services on the matter, the national police headquarters told the paper. The authorities are investigating the Alstom affair at the same time, the paper said. Britain’s Serious Fraud Office recently charged the UK head of Alstom with corruption and conspiracy over train contracts for the Budapest metro. Alstom signed a contract to deliver 44 trains for two of the capital’s metro lines ten years ago, after winning a tender with a bid of 247 million euros. 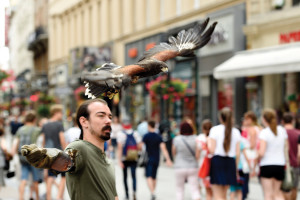 The government could declare administrative procedures related to a possible HUF 150billion-200billion of investments near Liszt Ferenc International Airport of “elevated importance” to the national economy, clearing the way for the projects, daily Magyar Idők has said. The draft decree on the declaration, posted on the government’s website, affects 26 parcels of land with even more owners near the airport. Such a declaration would make possible the compulsory sale of the parcels, Ferenc Tábori, the deputy mayor of Vecsés, where the land is located, told the paper. A planned rail connection between the Liszt Ferenc passenger terminal and the main line between the capital and central Hungary would pass through the land, Tábori added. Developments on the land could include a hotel and a logistics base, he said. 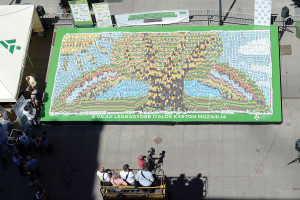 Mosaic made entirely of juice boxes in Madách tér

GKI’s combined gauge of consumer and business confidence stood at -3.7 points in June, down from -3.2 points in May. The business confidence index fell to 1.7 points from 2.3 as sentiment improved in industry and construction but deteriorated in trade and services. Industrial companies’ assessment improved in terms of order stock, output in the previous period as well as prospects for the coming months. Construction companies gave more positive views than in May although prospects for civil engineering companies worsened further. Those for building construction companies improved slightly. Companies in the service sector grew more pessimistic, giving negative views of business in general and prospective turnover. The consumer confidence index fell to -19.2 points in June from -18.9 in May. Households’ expectations were stable concerning their financial positions but worsened in terms of their ability to make savings. 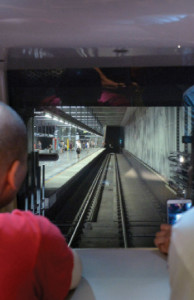 The opposition Socialist Party has demanded that the authorities release telephone recordings made by Zoltán Spéder, head of FHB Bank, which reportedly contain conversations between Spéder, the subject of a criminal investigation, and leading ruling Fidesz party politicians. Socialist MP László Szakács said it appeared Spéder wanted to send a message to Fidesz “in the midst of their internal strife” that “there are still a few things up his sleeve”. Szakács insisted it was unacceptable that the government, since 2012, had made decisions that favoured privately owned FHB and Takarékbank in dealings with state-owned savings co-operatives and the postal service. The Socialists called on Minister Overseeing the Prime Minister’s Office János Lázár to clarify what interests he personally has in FHB, and whether this bank is indeed “the private bank of Zoltán Spéder”. According to press reports, the prime minister, the cabinet chief and the government office chief appear on the recordings made by Spéder, a business partner of Lajos Simicska, a one-time friend of the prime minister’s.

Briton ‘had drugs at club, home’

Police arrested a British citizen on Saturday for allegedly selling drugs at a Budapest nightclub. Security at the club alerted police after they noticed the 26-year-old man “behaving strangely”. Officers searched the suspect’s bag and clothes, and allegedly found 25 ecstasy pills, 4.2gm of LSD and 6.7gm of cocaine. Later, a search of the suspect’s home allegedly revealed 537gm of marijuana, 15.3gm of MDMA powder, 48.2gm of hashish resin and 19gm of magic mushrooms.