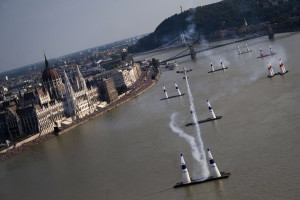 The longest summer day is already behind us but fortunately nights remain short and temperatures high enough to stay outside after sunset. There are still plenty of things to do while the pleasant days and evenings last.

The 25th Vajdahunyad Castle Summer Music Festival began this week and runs each Monday and Thursday until August 4 in one of Budapest’s most romantic venues, in City Park. This is for lovers of classics, klezmer, swing, and gypsy music. Concerts start at 8.30pm and tickets are HUF 3500-5500.
Once music in the castle is off your bucket list, why not try some music in the zoo? Budapest Zoo and Botanical Garden hosts summer evening concerts each year, and the 2016 offering is every Wednesday at 8.30pm until August 24. Concerts will be performed by Budapest Klezmer Band, Kátya Tompos, Ági Szalóki, The Vujicsics Band with Ferenc Sebő, Tamás Bényei and the Gramophonia Hot Jazz Orchestra, András Kern, Péter Geszti and Budapest Bar. Tickets cost HUF 3500 and include a stroll in the zoo, so arrive early.
On July 16 and 17 you can listen to a different tune. The roaring engines of airplanes will provide the background for some amazing aerobatic performances at the Red Bull Air Race, in which competitors have to navigate a challenging obstacle course along the Danube in the heart of the city. Budapest is probably one of the most scenic locations of this international series. Tickets to the grandstand cost EUR 30-40 for adults and EUR 15-20 for children.
A week later it’s a similar tune but this time the competition will take place on the ground. Formula 1 drivers will arrive at Mogyoród – just a short hop from Budapest – to participate in the 31st Hungarian Grand Prix from July 22-24. See opposite page. 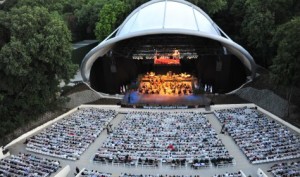