Most Hungarians asked in a recent survey said they are proud of what the national team achieved in the Euro 2016 soccer championship in France, according to Századvég Foundation. Returning to the top European soccer tournament after 44 years, the team remained unbeaten to win the group stage but then lost to Belgium in the round of 16. Ninety-two percent of respondents expressed pride over the team’s superb play and 91 percent even called qualification for the tournament a fine achievement. Forty-four percent said they regularly watched Euro 2016 matches while 17 percent was only interested in Hungary’s four games. Seventeen percent said they did not follow the tournament at all. Most respondents named left-winger Balázs Dzsudzsák as their favourite player, followed by midfielder Zoltán Gera and veteran goalkeeper Gábor Király. The championship was won by Portugal over France on Sunday after Éder’s goal in the 109th minute. 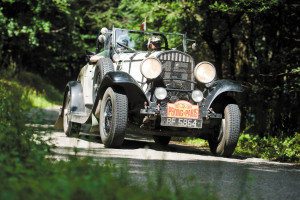 The opposition Hungarian Socialist Party will boycott the EU migrant quota referendum called for October 2 but instead will hold the first Day of Free Europe, new chairman Gyula Molnár said on Saturday. Speaking at a press conference with former party chairman Attila Mesterházy, Molnár said the referendum “has no legal consequence, its subject does not actually exist and it’s about nothing else but a silly message to Brussels”. The Socialists want to send a message by staying away from the vote and welcoming to the Day of Free Europe all parties, civil organisations and trade unions who agree that “we want to stay in Europe”. They would discuss together how we imagine our future in Europe. 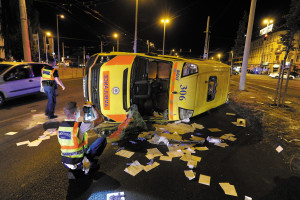 Home prices slump is over

Home prices started rising again in the first half after stagnating in the previous half year, according to data from real estate broker Duna House. Its home price index, which uses prices at the start of 2008 as a baseline, rose to 110 points at the end of H1 from 104 in H2 2015. Adjusted for inflation, the index rose to 87 points from 83. The nominal price index for brick homes rose from 109 points to 115 while the price index for pre-fabricated communist-era flats climbed to 105 points from 99. In a regional breakdown, brick home prices and the price of pre-fabricated flats rose both in West Hungary and East Hungary in H1. In Budapest the price index of pre-fabricated homes rose from 127 points to 142 in nominal terms and the price index of brick homes was up from 117 at 119 points, still under its peak of 126 in Q1 2016. Nationally, the highest prices were measured in Budapest in the first half of the year. 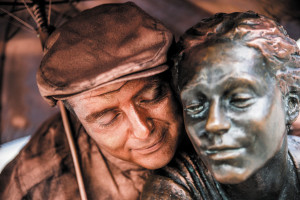 Budapest’s Sziget Festival, a week-long musical extravaganza on an island in the Danube, is expected to generate revenue of about HUF 6 billion this year, Sziget managing director Károly Gerendai has told business daily Vilaggazdasag. This year’s revenue would be “somewhat higher” than last year’s. As in earlier years, ticket sales are set to generate 75pc of revenue while sponsorship and catering each account for 10-12pc, Gerendai said. State support made up 1pc of revenue. “On the expenditure side, programme costs continue to make up the biggest item, followed by technical costs. The most expensive acts at this year’s festival are, naturally, Rihanna and the returning Muse.” Vilaggazdasag noted that week passes for the festival, from August 10-17, were sold out by the end of June. Gerendai acknowledged the impact of greater spending power among festival-goers on Sziget’s success, but added that going to festivals has also become “an integral part” of young people’s lives. 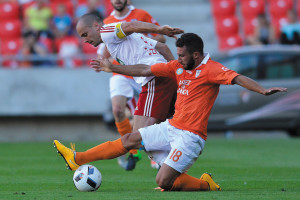 The number of gun owners in Hungary is low compared to many other countries, the director of strategic and defence research company Globserver said on Tuesday. A total of 128,000 handguns are owned by civilians in Hungary, including hunters, people involved in shooting sports and others with a firearms licence, Zoltan Varga told public news channel M1, adding that in some Balkan countries the ratio of gun owners can be as high as 50 percent. 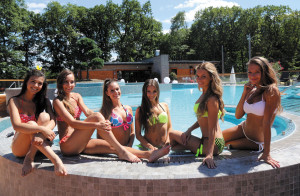 Six of the finalists of the Miss World Hungary Competition

Hungarian director Szabolcs Hajdu’s film “It’s Not the Time of My Life” won the Crystal Globe, the main prize, at the 51st Karlovy Vary International Film Festival in the Czech Republic on Saturday. The annual event is the only category-A film festival in Eastern Europe. Twelve entries competed for the Crystal Globe and its USD 25,000 cash award. Hajdu was also named Best Actor for his family drama. 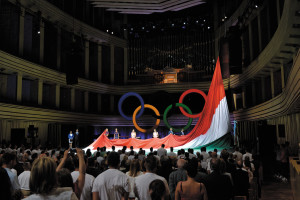 Hungary will host the European championships in all aquatic sports in 2020, Paolo Barelli, president of the European Swimming League, announced in Budapest on Saturday. The events will not be staged at the same time, as in the case of world championships, but the water polo tournament will be held in January, the swimming, diving and synchronised swimming championships in May and the open water events in June, the Hungarian swimming association said.

Budapest’s municipal council has yet to set a start date for upgrading Metro 3, Budapest Mayor István Tarlós has said. The planned duration of the project has not changed, Tarlós said, adding that delays may be avoidable. On the possibility that the upgrade may have to be financed from an increased European Investment Bank loan instead of EU funds, he said the capital should be allowed to spend the HUF 137.5 billion originally allocated for the revamp on other development projects.

Visitor numbers in Hungary’s baths increased an average of 2-4 percent in the first half of the year compared with the same period in 2015, daily Magyar Idok has said. Bath operators expect an even greater increase in the summer and estimate that revenues could climb 3 percent.