The Hungarian government has proposed introducing a withholding tax on internet-based services such as Google, Facebook or Amazon. Minister of National Economy Mihály Varga told an informal meeting of European finance ministers in Bratislava on Saturday that a certain percentage of any payment made to a service provider in another country could be automatically withheld to serve as coverage for unpaid tax in the country where the service was used. Varga argued that “digital ventures” must also bear a part of the public burden, and suggested that the initiative should be adopted as part of the EU’s efforts to fight tax evasion or fraud. The Czech Republic, Poland and Slovakia, the other three countries in the Visegrád cooperation, agree, Varga said. 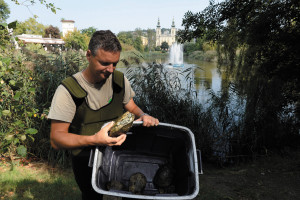 Non-indigenous turtles being moved from Bottomless Lake to Budapest Zoo 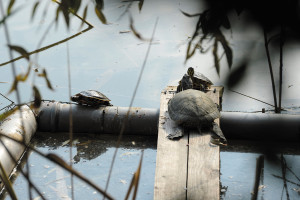 Mayor of Budapest István Tarlós visited Montreal for a Hungarian Week organised there, and is planning with local mayor Denis Coderre to sign a twinning agreement between the cities next year. The mayors attended the unveiling of a commemorative plaque in Montreal for the 1956 Hungarian Uprising. The ceremony was attended by the great grandchild of Hungarian composer and pianist Ferenc Liszt. Tarlós said his visit was to prepare the twinning agreement initiated by Coderre. The connection would mainly involve cultural ties but city development, environmental and waste management issues had also been discussed. Tarlós said he rejected Coderre’s question of whether Budapest would join a statement signed by several Canadian, US and African cities on accepting migrants, which Coderre acknowledged. Tarlós said for Budapest to sign would be against the Hungarian government’s position and “the opinions of a vast majority of Hungarians”. He noted that in Europe only Brussels, Paris and Lyon signed the agreement. 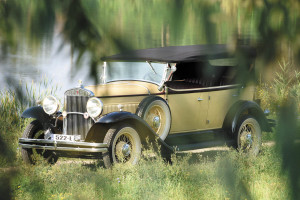 Acting is a tool for expressing the truth, so honesty is therefore rather important in this art, Oscar-winning French actress Juliette Binoche said in Miskolc as guest of honour of this year’s CineFest International Film Festival. Binoche is the recipient of the festival’s special award. She commended Hungarian film directors and branded multi-award-winning Hungarian director-scriptwriter Béla Tarr as “the greatest master” whose films have “touched a lot of people”. Binoche said she has been trying to persuade Tarr to continue to make films, telling him the world needs such artists. She commended 2016 Oscar-winning director László Nemes Jeles, of “Son of Saul”, who she said should be supported so he can present his perspective in his own unrestricted way. 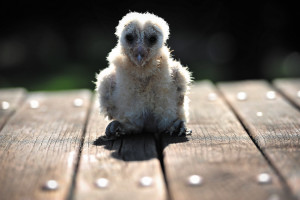 The majority of Hungarians favour Budapest’s bid to host the 2024 Olympics, according to a survey by Ipsos. The survey with a sample of 1000 found that 58 percent were positive and 38 percent said Budapest could be capable of hosting an event at least on par with the Rio Olympics, and 27 percent said Hungary could put on an even better event than Brazil. Thirty-one percent are against hosting and 11 percent are undecided. Support for the Olympic bid had a majority in every social group. Ipsos found that the older segments of the population were less supportive and more sceptical. People with higher educational attainment tended to be more supportive. In Budapest 54 percent supported the bid and 39 percent were against. Support in rural Hungary was 59 percent to 30 percent. In an Ipsos survey released last September, only 46 percent of Hungarians backed Budapest’s bid. 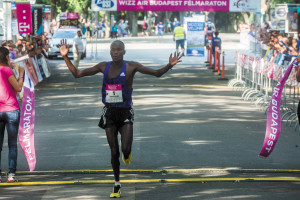 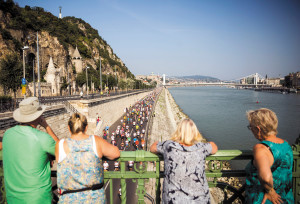 The Ministry of Human Resources has asked the police to investigate the alleged sexual abuse of children at an orphanage. Tabloid Bors reported rights groups and parents as saying that staff at an unnamed orphanage sexually abused children in exchange for small rewards. Fifteen victims came forward and revealed the abuse to rights groups, the paper said. One got pregnant and gave birth, it added. The leftist opposition Democratic Coalition demanded an immediate investigation and legal proceedings. The opposition Dialogue for Hungary party called on the Budapest metropolitan council to guarantee the protection of children in the city’s orphanages. The party’s co-leader will submit written inquiries to the justice, human resources and interior ministries, and the chief prosecutor. Police said they are investigating. Ruling Fidesz said that unlike the left wing, the centre-right government “does not turn a blind eye” to crimes against children. It said lawmakers of the left failed to support new penal code provisions setting stricter punishments for sexual crimes against children. 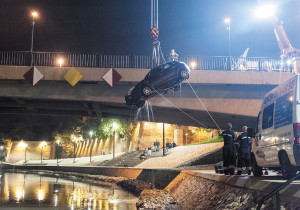 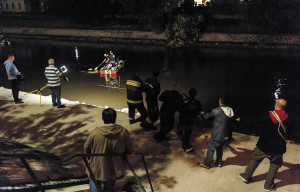 The prosecutor of southern Hungary has filed charges of disorderly conduct against a camerawoman who allegedly kicked and tripped up migrants who broke through a police cordon near Röszke border station in September last year. According to the indictment, the suspect, Petra Laszlo, kicked a young man and a girl running past police. Then she had attempted to kick another man carrying a child. He lost his balance and fell to the ground. On careful consideration of the evidence, the prosecution established that the suspect “had not been motivated by the complainants being migrants”, said a spokesman. According to reports, Laszlo had filmed footage for online N1TV, a station allied to radical nationalists. 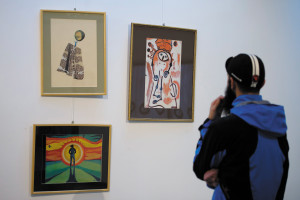 Exhibition presenting the works of homeless artists opens in Debrecen

Kempinski Hotel Corvinus Budapest has been voted Hungary’s Leading Business Hotel by World Travel Awards, for the third time. Described as the “Oscars” of the travel and tourism industry by The Wall Street Journal, the awards represent the ultimate accolade for the hotel. Founded in 1993, the World Travel Awards are recognised globally by the travel, tourism and hospitality industry as the definitive acknowledgement of excellence in product and service. Kempinski Budapest general manager Stephan Interthal said: “I am very excited and happy and so proud of my team. Big thanks to our guests and all who do recognise the commitment and quality of service we deliver every day.”