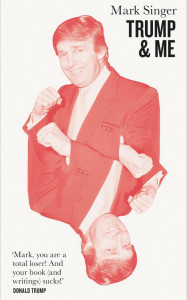 The world is riveted on the gripping US election campaign. Who will be the least disliked on November 8: the “unhealthy, crooked” one or the bonkers bazillionaire with the bouffant? It may be the end of civilisation as we know it.

In 1996, Mark Singer, a staff writer at The New Yorker magazine since 1974, was assigned to write a profile of Donald Trump, and his article has been resurrected and published as a slim Penguin book, topped and tailed with new material bringing it up to date.
Singer initially didn’t want to do the profile, because he preferred to write about regular people than famous ones. Pushed into it by his editor, he discovered a goldmine of great material in the larger-than-life Trump, then tangled in a divorce with his second wife and only recently having recovered from a series of bankruptcies at his casino businesses.
Granted almost unrestricted access by his subject, Singer tagged along as the rich kid turned real-estate showboat did his thing. Early on they reached an understanding. “I tacitly accede to his assumption that I am his tool,” Singer wrote. “It’s Trump’s world.  I may watch and listen and occasionally ask questions. When permitted, I am a fly on a wall. Otherwise, as far as he’s concerned, I don’t really exist.” 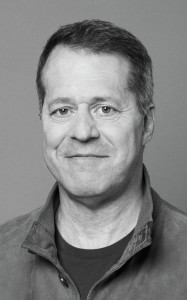 Singer, with wit and insight, takes us through Trump’s ascendency in the 1980s to 1990 when he was hugely in the red and several of his trophies – the Plaza Hotel and all three Atlantic City casinos – were subjected to “prepackaged bankruptcy”, an efficiency manoeuvre that is less costly than the real thing.
The bravado diminished for a while but some sharp deals – he “stiffed his creditors for eight-hundred million dollars, give or take” – brought Trump back to the plutocracy.
Conclusion one for Singer: Trump was a 100 percent bullshitter. Conclusion two: Trump built his reputation on being a business genius but really he’d been an awful businessperson with a couple of very noteworthy exceptions. And: he’s playing “Donald Trump,” who is not a real person. And: Trump is a man “who had aspired to and achieved the ultimate luxury, an existence unmolested by the rumbling of a soul”. Trump didn’t like the result and publicly denounced the article. Others may think it a prescient insight into the character of a man with a rampaging ego who just may end up commanding the US armed forces and in possession of its nuclear codes.