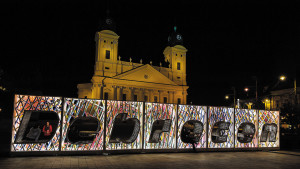 The British International School says it now has one of the most modern institutions in Budapest, with its new wing providing 24 classrooms, offices, music rooms, multifunctional rooms, a coffee shop and canteen. The new building adds 3000 square metres, bringing the total to 9000. Construction, by Market Építő Ltd., took less than a year despite a number of complex challenges because of the steep hillside. In addition, important renovation work was carried out in the existing building and the school courtyard was improved. More than 750 professionals worked on the project, which was managed by Wing Ltd. The plans were drawn up by Aspectus Architect Ltd. The school in District III can now claim to be among the most advanced educational institutions in the capital. 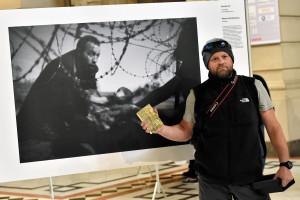 The revenue of Hungarian baths in the summer season edged up 2pc this year compared to last, even though visitor numbers were unchanged, Gyula Czeglédi, managing director of the Hungarian Spa Association, has announced. Czegledi said that according to preliminary figures, even as the visitor numbers were broadly static, the best-performing baths had seen a rise of a few percentage points. Based on last year’s data Czeglédi said visits to spas and open-air baths are an important part of tourism in the 10 most frequented cities by visitors. 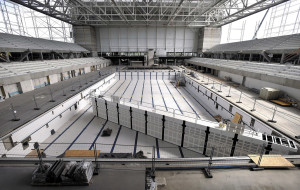 Russian tourists highly value that Hungary is safe, government commissioner in charge of tourism Gusztav Bienerth has said on a visit to Moscow to explore possibilities for reversing a decline in their numbers. Bierneth said the number of foreign tourists visiting Hungary has risen 15 percent this year but Russians have dipped 21 percent. “Hungary is a safe country,” he said at the Otdih International Tourism Forum. “This is what Russian tourists are looking for and why they are turning away from Egypt and other destinations.” Bienerth noted that besides the traditional tourist attractions of Budapest and the western spa resorts including Héviz, Hungary is promoting the Debrecen region as an attractive destination. 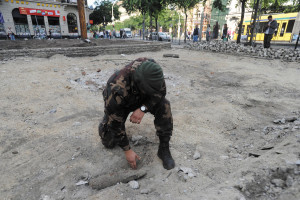 WWII grenades found in District XII (above) and in downtown Budapest 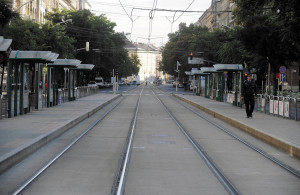 The anniversary of Hungary’s 1956 anti-Soviet uprising was marked in the House of Representatives in Washington, DC. Under House rules, commemorative speeches are rarely allowed in Congress and this event was one such occasion. Dennis A. Ross, a Republican member of the House of Representatives from Florida, and Marcy Kaptur, a Democrat member from Ohio, co-chairs of the Congressional Hungarian-American Caucus, gave speeches. Both politicians said the spirit of 1956 still lives and since 1990 US-Hungarian relations have been based on the shared values that were brought into effect for a few days in 1956, such as freedom, democracy, the rule of law and respect for universal human rights. Hungarian Ambassador Réka Szemerkényi, who was a guest at the session, told state news agency MTI that it was “an event of outstanding importance, with an outstanding message”. It was symbolic that Hungary’s revolution had been remembered even amid the presidential election campaign, on the last week when Congress met before the election. “The gesture was also symbolic because politicians of the two parties gave speeches one after the other, conveying the message that Hungary-US relations enjoy support from both parties,” Szemerkényi added. 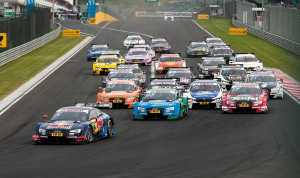 A memorial park has opened to honour the young freedom-fighters, known as “the boys of Pest”, of Hungary’s 1956 Uprising. Maria Schmidt, co-chair of the memorial committee for the 1956 anniversary, said while opening the park at Budapest’s Mihály Horváth square, in District VIII, that the goal of the commemorations this year is to “remember and help those remember who had never lived in a dictatorship”. Schmidt said the “freedom-fighters were everyday people who had become heroes”, and she would like people to learn the names of the heroes. The commemorations on the 60th anniversary of the revolution should be about freedom and national cohesion, Schmidt said.

The excise tax of petrol will rise by HUF 5 per litre and that of gasoline by HUF 10 per litre from October 1, in line with legislation passed in June linking excise tax on vehicle fuel to global energy prices. If the average global price of Brent oil in a designated period is below USD 50 per barrel, then excise tax of fuel must rise. Based on National Tax and Customs Administration (NAV) data, the average price of Brent between July 1 and September 15 was USD 45.551 per barrel. From October 1 the excise tax of unleaded petrol will be HUF 125 per litre, unleaded gasoline HUF 120.35 per litre, leaded petrol HUF 124.20 per litre and leaded gasoline HUF 129.20 per litre. NAV will publish excise tax rates applicable from January 1, 2017 on December 22, 2016.

A soldier suffered serious injuries and was lifted to hospital by helicopter when an all-terrain vehicle swerved to avert a collision on the M0 motorway near Törökbálint on Saturday. A spokesperson for the regional disaster management services said three other soldiers in the military vehicle model MG-270 were slightly injured.