The National Election Committee has rejected a referendum initiative on Hungary’s bid for the 2024 Olympics, submitted by a private individual on September 6. The question that Katalin Krisztina Erdelyi wanted to be asked in a popular vote was whether voters wanted Parliament to withdraw the 2016 law on organising the 33rd Olympics. The question was rejected on several grounds, including that it targeted an office already set up with a budget, that it would affect international contracts through the Olympic symbols, that it would affect tax and duty laws and that it was not phrased clearly. Hungary’s constitution bans holding referendums on issues affecting international contracts and tax matters. Opposition members of the committee disagreed with the rejection but it was then approved in a vote of 9-2. 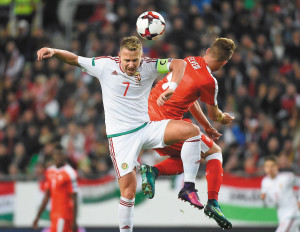 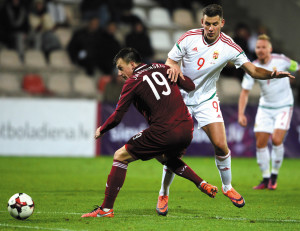 About 13pc of Hungarians bought counterfeit goods at least once in the past year, according to a survey by the National Board Against Counterfeiting (HENT) and market researcher Tárki. The rate for knock-off clothing was higher, at 16pc, while 10pc said they had bought fake perfume and 4pc pirated CDs or DVDs. About 80pc of respondents said they never download illegal content from the internet, though the number has fallen by 1-2 percentage points every year, HENT noted. 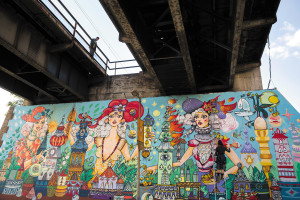 Hungarian counter-terrorism force TEK says it has identified eight telephone numbers that could be connected to the terrorists who carried out attacks in Paris and Brussels, and six of these were activated using the name of a local homeless man who bought a large number of SIM cards in Hungary. TEK said French and Belgian authorities had not taken notice of suspicious calls from Hungarian telephone numbers and had not pointed out to their Hungarian counterparts that a large number of telephone subscriptions were tied to a single person. TEK said it had identified Hungarian telephone numbers used by terrorists in the same circle of Salah Abdeslam, one of the organisers of the terrorist attacks, who used a Belgian telephone number while in Hungary. Most of the numbers belonged to a single homeless man; however, the terrorists acquired the SIM cards at different locations, not in a single “Arab-owned GSM shop”, as was reported by Nepszabadsag, TEK said. A number of unknown persons had bought large numbers of SIM cards using the personal data of the homeless man, but TEK had been unaware of this because Hungarian regulations did not allow it access to telecommunications service providers’ databases.TEK said earlier that 14 of the terrorists who attacked Paris and Brussels travelled through Hungary between spring and autumn 2015. 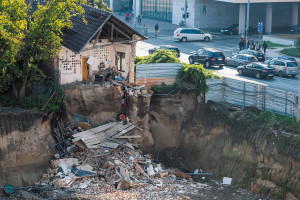 Family home collapses into construction site in Debrecen. No injuries

The European Court of Human Rights has again ruled against Hungary concerning the real-life sentences of two Hungarian inmates. The institution of the real-life sentence, which carries a minimum of 40 years in prison, qualifies as inhuman and humiliating treatment, the court ruled. The inmates turned to the court over regulations enacted by Hungary in 2015 in response to a previous European Court ruling in their favour, arguing that the new law also failed to ensure a genuine prospect of release from prison in their lifetimes. The court said too much time elapses before the first opportunity for a sentence review under current Hungarian law, far longer than the maximum of 25 years recommended by the court in a previous ruling. Strict criteria for clemency decisions made by a committee do not apply to the president, who has the last word on every plea, the court said, adding that the president also has no deadline to make such decisions and no obligation to justify them either. 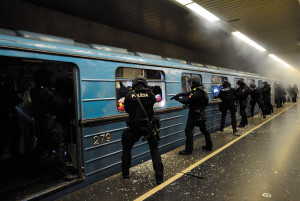 The government will introduce a HUF 475,000 administration fee on sellers of e-cigarettes from November, a decree published in the latest official gazette, Magyar Közlöny, shows. Businesses must pay the fee separately for every brand and strength of nicotine and nicotine-free e-cigarette as well as refill cartridge they sell. Businesses must pay an additional HUF 306,000 fee, per item, for any modifications to the range of products they sell. Revenue from the fee will go to the National Institute of Pharmacy and Nutrition. 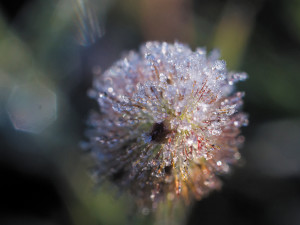 Competition office GVH has fined the Hungarian unit of US-based pharmaceutical company Pfizer HUF 50 million for misleading advertising about the effects of its Multi-tabs Multi Kid product. GVH said the advertisements suggested that the product can substitute a balanced, varied diet for kids, thereby making an unsubstantiated claim. GVH took into account the cost of the advertisement when quantifying the fine. Pfizer said it would appeal against GVH’s decision in court as it believes the decision is unsubstantiated and its advertising practices comply with regulations.

Do-it-yourself chain Praktiker has opened a 12,000-square-metre store in Budapest – its 20th in Hungary and the biggest yet – and plans to open more in the coming years. Praktiker opened the latest store on Vaci út, the capital’s north-south corridor, because of a pickup in the property market.