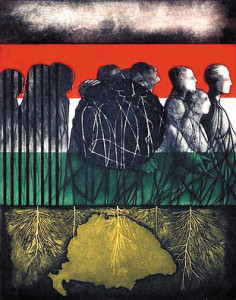 For us to understand the difficulties Hungary has been going through since 1989, first we need to analyse life under Soviet occupation and how it impacted a nation  that already had a long history of oppression dating to the Middle Ages.

After World War II a harsh Stalinist communist system was established in Hungary, a satellite country of the Soviet Union. In the late 1940s and early 1950s private enterprise was banned and people’s individual property was confiscated, which didn’t particularly sit well with Hungarians who, by nature, are fiercely freedom-loving, highly entrepreneurial and frequently rebellious.
It didn’t take long before it was suspected that “Something big is going to happen in Hungary!” as Crown Prince of Austria-Hungary Otto von Habsburg explains in the documentary about the Cold War and the Hungarian Uprising, “Torn from the Flag”.
In October 1956 Hungarians rose up against the inhuman regime, and the small country of 10 million people defeated the big Soviet Union of 200 million people for 13 days. Not that Hungary had an impressive military but the Magyars can be resourceful and witty folks, and put their soup bowls on the cobblestones of the streets of Budapest to make the Russian tanks believe they were mines, making them stop and then blowing them up with home-made Molotov cocktails.
However, the Soviet Union wasn’t going to risk Hungary’s defection. Fearing a domino effect on Eastern Europe, Ukraine, the Baltics and eventually on the USSR itself, in November 1956 the Kremlin rolled 1000 Russian tanks into Budapest to crush the revolt mainly led by university students.
This was made easier when it became clear – notwithstanding propaganda via Radio Free Europe – that the United States, Western Europe and the United Nations would not be aiding Hungary in its freedom fight.   While the revolt was successfully suppressed, “the Hungarian revolution had a huge international effect” says former president of the Republic of Cyprus George Vasiliou in “Torn from the Flag”.  “The changes [read: decline] that took place in all the communist parties of the West were the exact results of the Hungarian revolution.”
Dr. Ivan Berend, Professor of History and Economics at University of California Los Angeles, states: “Retaliation was terribly harsh. People were executed, thousands were imprisoned.” Even 16-year-old children were condemned to death, but to maintain a façade of compassion the communists waited for the young freedom fighters’ 18th birthday to execute them.
Two hundred thousand Hungarians escaped to the West primarily via Austria and Yugoslavia. The mass exodus included the intellectual and academic elite, creating a considerable vacuum in society.
But the consequences didn’t stop there. From 1956 to 1984 Hungary’s birth rate drastically dropped. From 1961 to 1975 alcohol consumption increased 600%. From 1956 to 1984 the suicide rate increased by almost 300% and in the mid-1980s it was the highest in the world.
These statistics give a glimpse of how debilitating the system was on the individual. Trauma, as we understand today, undoubtedly has long-term effects, and you can’t help but think that there might be a link to a recent statistic: in 2012 Hungary was the “Most Miserable Country” in the world.
Other former Eastern Bloc countries that also made the list were the Russian Federation at number three, Estonia at number six, Poland at number seven, the Slovak Republic at number eight and Slovenia at number nine. (Source: USNews.com.)
Hungarian freedom fighter Andrew Pongratz declares: “We knew what we did in Hungary in 1956 was the first brick that was pushed out of the wall of communism, and communism had to collapse.” Former US Secretary of State Henry Kissinger agrees: “I don’t know whether the events of 1989 could have happened if it hadn’t been for 1956.” 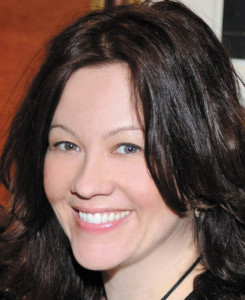 Yet the long-term victory of the Hungarian Uprising, delayed as it may have been, didn’t seem to provide Hungary and the neighbouring countries with the moral or political springboard that one might expect.
While communism in Eastern Europe is officially over, only a few were held responsible for the crimes against humanity. Today the Russian Federation is led by a former foreign intelligence KGB officer and the red star – communism’s swastika and the symbol of a system that is estimated to have killed 100,000,000 globally – is treated as a lighthearted advertisement logo of an American department store.
Communism never had its Nuremberg, and former communists do not even remotely bear similar consequences as we would expect from individuals who physically and in spirit crippled a continent-size region.
Healing may come after several generations but it would be far more satisfying if those who were willing to sacrifice their lives for their country’s freedom would see justice served in their lifetime.

Klaudia Kovacs is a multi­-award-winning film and theater director and according to the Hungarian National Film Fund’s database Hungary’s most successful documentarian. She directed, produced and wrote the story of “Torn from the Flag”, a film that participated in the Oscar competition in the “Best Documentary” category. The movie is about the 1956 Hungarian Uprising, the Cold War and the international decline of communism. “Torn from the Flag” was presented to the United States Congress and was entered into the Congressional Record. Hungary gave Kovacs’ work the Hero of the Freedom Fight Award. See www.klaudiakovacs.com/tornfromtheflag/