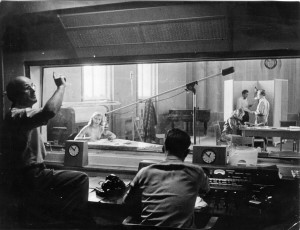 Radio Free Europe/Radio Liberty is a long-running institution dedicated to broadcasting free and concise information to the not-so-free places throughout the world. This station and media centre may not be as familiar or commercial as BBC World Service and CNN but it has contributed greatly to the rise of democracies in recent times.

Various East European leaders such as Vaclav Havel of the Czech Republic and Boris Yeltsin of the Russian Federation cited RFE/RL’s importance in ending the Cold War. Lennart Meri, who led Estonia from 1992 to 2001, nominated RFE/RL for the Nobel Peace Prize in 1991.
And Hungarian Prime Minister József Antal also gave an accolade, stating in June 1990: “Radio Free Europe has given us the gift of truth about our own country, and the world at large, and has done so at a time when telling the truth was counted as a crime against the state.”

RFE/RL background and the Hungarian Uprising

It was on July 4, 1950 when the first RFE/RL news release went out on air to Czechoslovakia from New York – soon followed by transmissions to Hungary and other Iron Curtain countries – to promote democracy without conflict. All this came alongside cultural programmes and popular music on short and medium wave.
Alongside RFL/RL (known as SZ-E-R in Hungarian), was the long-running but now off-air pirate music station Radio Luxembourg (1933-1992, and a lighter variant of which I enjoyed while a teenager in 1980s England). While RFE/RL was more news oriented – and would have a higher, significant role in the events yet to come – both were very popular, alongside the BBC, Voice of America, Radio Vienna, Radio Vatican and so forth.
These “intrepid outsiders” came onto the Hungarian radio scene as did the repressive dictator Rákosi Mátyás, who led the country’s Communist Party from 1945 to 1956. During his time it was forbidden to listen to these stations.
Radios in the early 1950s only had two local “propaganda” channels. To tune in to RFE/RL and anything “ambitious” would require a more advanced radio set and transmitter, strong enough to pick up these or any outside broadcasts. This consequently broke out into a “frequency war” between democracy and communism.
As a result, the Soviet KGB and Rákosi government frequently jammed the radio “intruders”, while also doing everything in their power to intimidate opposing broadcasters and outside journalists, as well as to punish local listeners.
But this was a lost cause, as more people started to tune in to outside radio. Listeners wanted the latest news, as often provided by regime opponents and anyone else willing to come forward.
Risky it was but the politically charged “Rákosi Folk Radio” finally lost appeal, in particular with younger listeners. They wanted more than the same old repeated programmes and reports, alongside military music, propaganda and claims that RFE/RL and the like were corrupting youth and demoralising the nation.
Ironically, the communist authorities were also tuning in for “outside information” that they could not obtain from their own media sources which they controlled. When Rákosi finally resigned in July 1956, radio restrictions began to slowly thaw.
On October 22 that year, a day before the Hungarian Uprising began, a group of technical students organised a rally by the Józef Bem statue (a 1848-49 hero to Hungary and Poland) to pledge solidarity with Poland and its equally famed and documented “Polish October”.
Next day they took to the streets in a peaceful, high-spirited demonstration that attracted about 20,000 initially but dramatically evolved to an estimated 200,000 outside the Országház/Parliament building.
All of which was caught and transmitted by Radio Free Europe. This was RFE/RL at an early height, transmitting reports that became legendary by directly informing the world what was going on in Hungary, a country undergoing revolutionary anti-communist happenings with much opposing violence.
The challenge for RFE/RL during the Uprising was to support the crowds and provide evaluations to the international community. Amid the chaos there were some mixed and unprepared messages sent out along the way.
At first it seemed the Hungarians had prevailed against the oppressor. After a betrayal by Comrade Kádár, the Soviets returned on November 4 and fighting continued with resistant groups until the 10th. Alas, it was a battle Hungary lost.
Despite the great grief and profound loss suffered by Hungary and its people, RFE/RL continued to broadcast its programmes and messages for those now separated by the Iron Curtain. It was a service that over the years proved to be popular with outsiders and local listeners alike.
After the fall of communism and the rise of the internet, some sensed that RFE/RL, despite general critical praise, may have had its time. Various countries from the Soviet sphere became democracies and went on to join NATO and the EU. Hungary became a “safe country” and RFE/RL closed its Hungarian broadcasting service in 1993. Other such services in this region soon followed suit. 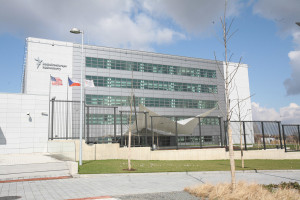 RFE/RL now goes far beyond the former Iron Curtain, gaining new ground and audiences in Ukraine, Russia, the Middle East, the Asian “…stans” and elsewhere where needed.
I was fortunate to be invited to RFL/RL headquarters in Prague recently. After security and passport checks in their modern-day, high-tech, purposely designed media premises, I toured the building as news stories in various languages continued to come in.
I met journalists of different nationalities and was shown around news desks and studios. Finally a member of staff gave a presentation about modern-day life as a journalist working for RFE/RL.
I am sure its critics are about, stating that this is an all-American mouthpiece only; and may lack credibility among those who are doubtful or have lost faith in the West; and have a general distrust for free and social media.
RFE/RL was originally founded by private sponsors in America. Today, the US Congress completely funds it but is not officially involved with the broadcasting.
This organisation recruits highly professional journalists and reporters from all over the world to deliver news bulletins and stories without propaganda to 23 countries in 26 languages. Despite any faults that may occur as with all media, the RFE/RL philosophy continues to support democracy, human rights, peace and prosperity, despite continued risks the journalists take in these equally precarious times.

Radio Free Europe/Radio Liberty can be found at http://www.rferl.org/ and on all social networks. Special thanks for permission granted by RFE/RL to use complimentary copyright photographs.

The Kúria, Hungary’s supreme court, has rehabilitated Imre Nagy, prime minister during the anti-Soviet revolt of 1956, and other leaders sentenced in 1958. Through its ruling, the Kúria upheld a declaration by the Parliament in 2000. At that time, the national assembly declared void all sentences handed under rules of communist retaliation in general, but ruled that the Kúria should rehabilitate the victims upon individual request. “The Kúria pays tribute to the victims,” István Konya, deputy head of the court, said in his justification attached to the decision. Konya said there are another 200 cases pending, in which the Kúria is requested to similarly rehabilitate people sentenced over 1956 events. Imre Nagy, Miklós Gimes and Pál Maléter were sentenced to death on June 15, 1958, while many others were imprisoned.