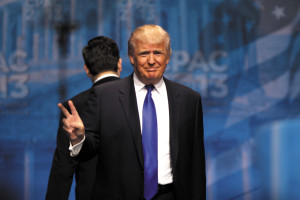 I’ve had a few scares in my time. Near misses that could have been nasty car accidents. A snow machine incident that could have had far more disastrous consequences. Air turbulence that resulted in freewheeling trollies and broken limbs.

I’ve had heart-stopping moments that are etched on some deep stratum of my subconscious. Like when I first went abseiling and had to make that 90-degree flip over the end of the cliff. Or my first trip to Disneyland. Or my first earthquake in Alaska.
Feeling scared, though, is a completely foreign feeling for me. An old friend of mine, long since dead, told me once that he reckoned I had guardian angels working around the clock. Just observing my life and the potential trouble I could have gotten into over the years, this was the only explanation he could come up with for my living a life relatively unscathed.
But here I am, in the prime of my life, and I’m scared. Very scared. I have a nasty, pervasive feeling in the pit of my stomach that is slowly seeping into every core of my being. And try as I might to think good thoughts and imagine good things, it just won’t go away. If anything, it’s getting worse.
I won’t get into the politics of it all. Far too much (albeit hardly anything about policy) has been said by both sides of the Great American Debate to warrant my adding my tuppence ha’penny. Be it Clinton or Trump, whoever wins next month, wins. What scares me silly is the immediate aftermath.
I was in California during the Rodney King riots and, should Clinton win, I fear that those riots will be replicated on streets across America in a couple of weeks. Trump is just a penny shy of prepping his more radical supporters to ready themselves.
Should Clinton win, I fear that her rather invasive tendencies could see the world caught up in even more war. Should Trump win, I can’t see Clinton supporters being anything other than resigned to their loss, but I fear the far-reaching consequences of having his brand of rhetoric behind a global microphone.
It’s not about policy. Or mandates. Or visions of the future. My fear has to do with legitimising hate speech. Fomenting a distrust of all things foreign. Replacing tolerance with insularity. It’s about example, or the lack thereof.
I was brought up well. I was taught that one should never raise oneself up by bringing another person down. If this election campaign is taken as an example of 21st-century politicking, then I fear that politicians here in Hungary, and in the rest of the world, will see it as a behavioural blueprint and follow suit. And what then?
Young people the world over are seeing a level of nastiness that seems to know no boundaries. T-shirts worn by Trump supporters emblazoned with foul-mouthed slogans are shown on TV. Derogatory comments, aired and aired again, travel the world like virulent viruses.
And the behaviour of potential world leaders, behaviour that would have been decried with disbelief when I was still young and impressionable, is in danger of becoming the norm.
This month I read that those employed by the Russian government who have children studying abroad were told to cut short their schooling and bring them home to be enrolled in Russian schools. If this is about protecting the minds of the young, I wonder if Putin is on to something.
We’re already seeing the rise of parochialism. Small-mindedness and pettiness are on the rampage. Short-sightedness is blinding us to the damage being done by seemingly throwaway comments that are taking root in our collective psyche and altering our moral code.
Bigotry and bias are being bandied around at will. It’s scary. I’m scared. And I wonder how much worse can it get and when will we feel the full brunt of it in Hungary.