Adding December 24 to the list of work holidays is not on the government agenda, Minister in Charge of the Prime Minister’s Office János Lázár has said. Kristóf Szatmáry, an MP of governing Fidesz, had suggested in daily Magyar Idők that the government would weigh making Christmas Eve a work holiday. He said the issue would be considered along with other proposed legislation affecting retail workers. Prime Minister Viktor Orban said last month that Good Friday would be a work holiday from next year, the 500th anniversary of the start of the Reformation. At present Hungarians have work holidays on New Year’s Day, Easter Sunday and Easter Monday, Labour Day, Whit Monday, All Saints’ Day, Christmas Day and Boxing Day, plus the national holidays of March 15, August 20 and October 23. 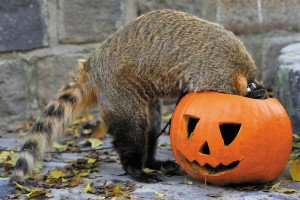 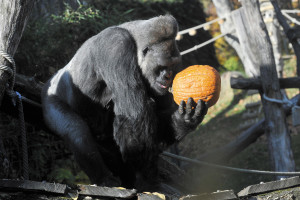 Veteran karate master János Antal has been awarded Hungary’s Order of Merit, Officer’s Cross in recognition of his merits in introducing shotokan in Hungary and his achievements in martial arts. The award was presented by Prime Minister Viktor Orbán, who noted that Antal had been involved in the armed struggle against Soviet tanks during the 1956 Uprising. 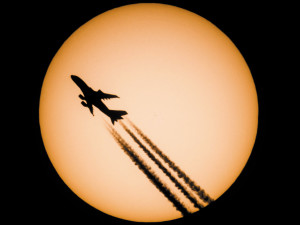 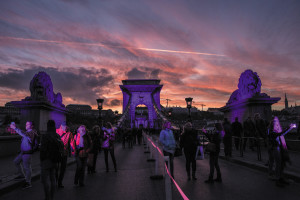 Budapest and Moscow signed an agreement on co-operation until 2019 during a visit by Mayor István Tarlós to the Russian capital on Monday. It will cover a wide range of areas in city management, including architecture and developments such as the upgrade of housing estates once built from Soviet-made panels. Also affected will be transport, water and sewerage developments, water treatment, waste management, social issues, co-operation between small- and medium-sized companies, and cultural and tourism projects. Tarlós said after signing with Mayor of Moscow Sergey Sobyanin: “Relations between Budapest and Moscow and Budapest and St. Petersburg have been very positive for years. Our staff have worked for months to prepare the present co-operation with Moscow.” He said 2019 is the end of the local government cycle in both cities. Tarlós said he had met Georgy Poltavchenko, the governor of St. Petersburg, last year to consult on a similar co-operation plan but focusing mainly on cultural aspects. 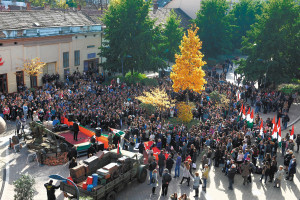 Pécs to use Zsolnay name

Three members of the Zsolnay family, whose predecessors established one of Hungary’s oldest and most famous porcelain makers, have agreed to allow the Pécs city council to use the Zsolnay trademark for cultural, tourism, catering and other business purposes. The agreement applies to a number of classes under the Nice Classification, the system for classifying goods and services for European Union trademark applications. Zsolnay Porcelan Manufaktura said the descendants of the company’s founder have no right to use the name for such purposes because it may only be used by the company, citing a supreme court ruling. The company “will use all legal means to prevent the unauthorised, malicious and fraudulent use of the name”. Zsolnay’s majority owner, Bachar Najari, has complained that his company is “under attack” by parties that want to take it over. 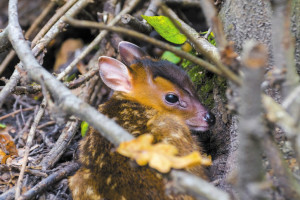 Foreigners bought 4.4pc of all homes in Budapest sold by Otthon Centrum, a large real estate brokerage, in Q1-Q3, business daily Világgazdaság has said. Foreigners bought 16pc of the homes in the capital priced over HUF 50 million, Otthon Centrum chief analyst Gabor Sooki-Toth told the paper. More than one-third of the foreign buyers were Asian, mainly Chinese, while buyers from the Middle East and Russia each made up about 13pc.

The Roma have rather poor school qualifications and job opportunities in Hungary, a labour market survey by the Central Statistical Office has revealed. As many as 80 percent of Roma aged 15 to 64 years have only finished primary school, compared with 20 percent of the non-Roma population. Last year, 39 percent of working-age Roma were employed, compared with 65 percent among the working age non-Roma. Sixteen percent of Roma were registered as unemployed while another 45 percent were registered as inactive in that year, against 4 percent and 31 percent in the non-Roma majority, respectively. The proportion of Roma who found employment, however, rose last year, compared with 2014, due mainly to the government’s fostered work scheme. According to the survey, 42 percent of the employed Roma found placement under the work scheme, and 20 percent of all foster workers were Roma.

Hungary has been elected to the United Nations Human Rights Council. In a vote at the UN General Assembly session, 144 members supported the three-year membership, securing the position ahead of Croatia and Russia. Hungary previously belonged to the 47-strong body from 2009 to 2012.