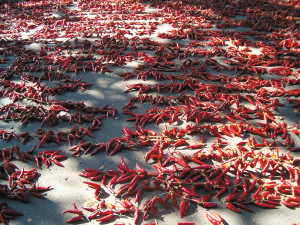 There are some lovely towns to discover around Hungary beyond Budapest, in any season. This week The Budapest Times visited Szeged, the home of paprika and fish soup.

Don’t expect much noise to come from the intriguing looking Reök Palota (Reok Palace) in the city centre of Szeged; it doesn’t host rock concerts and never has. It’s big enough but these days it’s a modern-art gallery, with a generous approach apron where, in the early part of the 20th century, horse-drawn carriages would drop the Reök family and their guests.
It was their palatial home, built in 1907 by Ivan Reök’s architect Eder Magyar with a specific brief: it had to be impressive and it had to convey the fact that this was a Hungarian home, reflect the fact that Mr. Reök was a water engineer – obviously a highly successful one – and there had to be horses.
The result is a unique building, decorated with a Hungarian motif, wave-simulating lines of balconies as the water motif, and two horses facing each other in bas relief, hidden in the stonework of the facade. Bet you can’t find them without a local …
The water element is a sad reminder that the history of Szeged is punctuated by the great flood of 1879, which destroyed most of the city. With the city straddling the river Tisza, Szeged has always had a connection to water and indeed with the fish in it. This is where the “halaszlé” famous fish soup was born, a dish copied everywhere but perfected here. 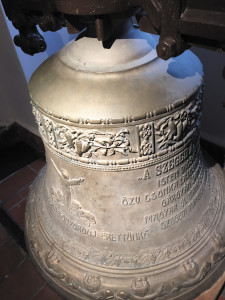 My host took me to the charmingly traditional restaurant, At the Old Bridge (not far from the Dom cathedral, to which all roads in Szeged lead), to let me research this phenomenal dish. The extensive menu offers it in three sizes, and as I intended to try the Szeged-style garlic carp dusted in paprika flour, I had the small serve.
You don’t need much of this beautiful, darkly paprika red soup with its own fish swimming in it. The carp is tastefully served in cascading slices and I chose pan-fried potatoes with it. It all washed down with a terrific 2014 Apátság Hemina Pannonhalma Merlot / Cabernet Franc blend.
The nearby Dom cathedral was built as a mark of thanks to God and the Virgin Mary for sparing the majority of the city’s population in the flood. It took until 1913 to gather funds to start construction, which was suspended during the Great War the following year, and not recommenced until 1923, finally completed in 1930.
It’s a large, impressive cathedral in a square that was built around it, housing the Bishop’s residence and part of the university. On the grounds in front of the Dom stands an ancient tower, or what’s left of it, from the original 13th-century church that had stood there.
Inside, a museum of church items and a tasteful souvenir shop add to the things to do, like climb the 287 steps to the circular lookout at the top of the left tower, for a spectacular 360-degree view of the city.
Inside, the cathedral boasts Europe’s third-largest organ, an ear-filling 9740 pipes.
Of several other impressive buildings, the oldest is the Franciscan abbey and cloisters, dating from 1503. It’s open to the public and offers a serene experience.
The evocative scent of teas and soaps greeted us on arrival, coming from the miniature shop near the entrance. Among said soaps and teas we found bottles of Sandor drops, the honey-based berry liqueur ideal for aiding your immune system, and its big brother the Magnusz, similar but more powerful and recommended for stomach ailments. 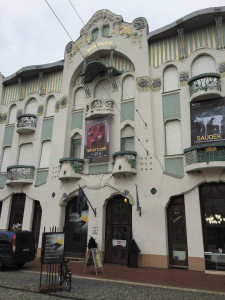 We walked (quietly) around the corridors to the beautifully decorated dining room, where dozens of monks used to gather for their meals, but as there are now only five in residence, it is only used for functions.
As the church bell started chiming at 12 noon, cooking smells drifted in from the nearby kitchen, which is when we started thinking about that fish soup mentioned earlier.
Upstairs in the abbey museum is a splendid baroque-period chair, the oldest chair in existence in Hungary, opposite the elaborately decorated 550-year-old ceremonial cassock given to the city by King Matthew.
On the way out, we stopped at the large “paprika bell”, displayed by the doorway, so-called for the carvings of several paprika fruit – for which Szeged has become world-famous. It was a gift from the farmers who grew the fabulous plant, originally used to spice up the schnapps that they drank. No tasting samples available …
Tasting time came later, when we got to the cosily atmospheric Borhálo (Wine-net) wine bar and cafe, which on weekdays is only licensed to open at 15:16, one minute after the nearby school comes out. The (illogical) idea for this city council regulation is to prevent the 14- to 16-year-olds from being tempted to pop in for a glass. Although it doesn’t make sense, it remains in place.
We sat at the friendly bar (soon after 15:16) and were treated to a free wine tasting. This wasn’t a journalistic perk, since everybody is welcome to taste any of the wines already opened. (Although perhaps the samples were a little bigger than usual, I must admit.)
Szeged is a university city of some 117,000 – plus the students when they are here – but as there is no accommodation on campus, they rent all over the place. This ensures there are always young people walking around, filling up the bars, cafes, restaurants and pubs.
We visited Szeged in a short window between festivals, of which there are many, starting each year in May with the biggest, the annual wine festival. Wines from 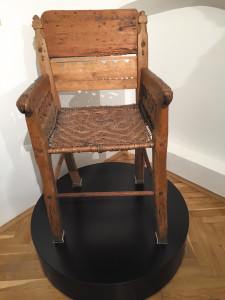 Hungary and around the world are on offer for sampling and buying, and the entire pedestrian mall in the city centre is taken over by gastro stalls.
From June to August the huge Dom square is filled with music and theatre in the rolling Open Air Festival, before the mangalica pork festival, the autumn cultural festival and the jazz festival in November. Then the Christmas markets begin …
If you only visit in the summer, you can try the kayaks on the river and sit outside at the eateries all over town – and you can pick your festival. For me, the few autumn days free of festival crowds is just right, as the trees begin their multi-coloured displays.
Next in the series: Debrecen