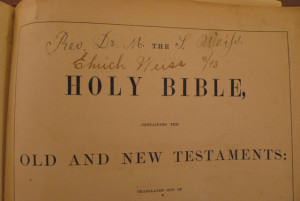 I love a good sing-song. Be it on the back of a bus or in the bowels of a bar after hours, there’s something about trotting out the ballads that speaks of home. And I can’t even sing. Mind you, I can’t remember the words to all the verses of any song, but I’m bloody brilliant with the ould choruses.

No wonder then that when I came across Tara O’Grady and her Black Velvet Band, the chorus of the Dubliners’ 1967 classic of the same name started streaming through my head. I went in search of more. And man, what a voice.
The Wall Street Journal calls her “imposing”. IrishCentral calls her an “Irish American Jazz Powerhouse!” And the New York Music Daily says she “leads one of the most bad-ass old-time swing bands you’ll ever hear”.
That the name Tara O’Grady has been mentioned in the same breath as Patsy Cline, Ella Fitzgerald and Billie Holiday is probably more telling than the numerous awards and hits the lady has to her credit.
But go see for yourself – Tara O’Grady and her Black Velvet Band will be playing at a reception hosted by the Irish Hungarian Business Circle at Beckett’s Irish Pub on Liszt Ferenc tér, Saturday, December 3 at 8pm.
So. Tara O’Grady. Ireland. Hungary. What’s the connection?
Believe it, or believe it not, this Irish-American jazz singer who lives in New York is coming to Budapest with her signed copy of the Houdini family Bible, which she will deposit in the House of Houdini in the Castle District (Disz tér 11), returning the book and its spirit to Houdini’s native city. How she came to own it is a story in itself. Stick with me.
Tara’s mum, Mary, was friendly with her New York neighbour, Marguerite, a retired nurse who worked for Dr. Leopold Weiss. Dr Weiss had a brother Ehrich, who would later be better known as Harry Houdini.
The good doctor was quite fond of Marguerite and regularly gave her gifts, much to the chagrin of her husband, Robert. One of these gifts was a Bible, signed by his father and his soon-to-be-famous brother, in March 1893 (when Harry was 21). [The Weiss’s were Jewish and the doctor probably figured that Marguerite, being a Catholic herself, might appreciate the gesture.] Visiting her friend sometime in the late 1970s, Mary noticed a large book in the basement. When she expressed an interest in what turned out to be the Weiss family Bible, her friend happily gave it to her. Her husband certainly didn’t want any reminders of the good doctor and his misguided affections.
The book sat on her parents’ bookshelf for most of Tara’s childhood. And, except for Tara, no one showed much interest in it. She came across it again this past summer, took a photo of the signature and posted it on Facebook. The book’s rarity became known. Harry Houdini’s family Bible had come into play.
In her search for an appreciative home for the artifact, Tara came across the newly opened House of Houdini in Budapest. Following conversations with the museum’s founder, David Merlini, himself an escape artist, she decided to bring it to the city in which she herself had studied in her university days.
The book will be handed over at an invite-only press conference in the museum on December 3 at 11am. Merlini, prime ministerial cultural commissioner Géza Szőcs and Irish Ambassador to Hungary Pat Kelly will be on hand to welcome Tara and the Bible to Budapest.
Later that evening, she’ll be in Beckett’s, as I said, performing her original songs and arrangements of what she calls Celtic Jazz with some of Budapest’s best jazz musicians, including trombonist Attila Korb.
Whatever else you’ve planned for that evening, escape. This is a gig not to be missed. Seats limited. Book yours by emailing info@ihbc.hu

Mary Murphy is a freelance writer and public speaker without a note in her head. Read more at www.unpackingmybottomdrawer.com