Parliament has passed a bill for stricter rules on the use of unregistered SIM cards. Under the new law, subscription for pre-paid mobile phone services cannot be passed onto a third party without informing the service provider. Service providers must also check the identity of prospective customers before signing a contract. Service providers will be obliged to terminate existing subscriptions unless they can check the identity of the customer before July 1 next year. Further, they must report any suspected criminal activity to the authorities.  According to the law, the national telecommunications authority (NMHH) must set a cap on the number of SIM cards any one customer may have. The law was adopted with votes of the ruling parties and radical nationalist Jobbik. According to press reports, organised criminals have obtained large quantities of SIM cards in Hungary, many of which are believed to have ended up in the hands of terrorists. 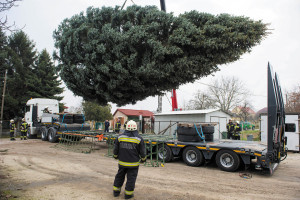 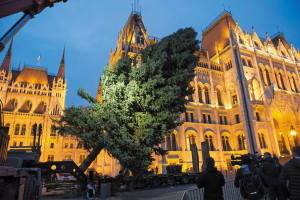 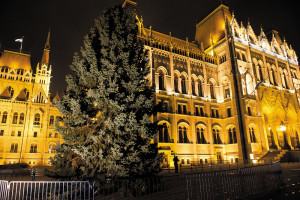 A Budapest court has dropped all charges in a final ruling against rapper László Pityinger, aka Dopeman, who was accused of breaching the peace during an anti-government demonstration where a life-sized styrofoam statue of Prime Minister Viktor Orbán was demolished. The court ruled that no crime was committed, reinforcing an earlier court decision. The court had contacted Orbán and asked him if he wanted to file a complaint for defamation, but since he did not react to the query the court did not discuss this charge. Pityinger welcomed the final ruling and said it was alarming that “one should go to court for expressing their opinion”. He hosted the Hungarian Solidarity Movement’s anti-government demonstration in September 2013. The demonstrators erected and demolished the statue, aping the way anti-Soviet demonstrators demolished a gigantic statue of Stalin on October 23, 1956. 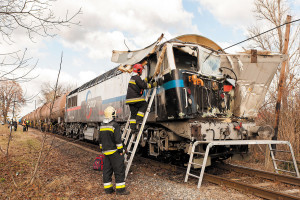 Car and train collide near Nyúl. No serious injuries

The country’s population decline slowed in the first nine months of the year compared with the same period in 2015, as the number of births dropped slightly and the number of deaths decreased significantly, the Central Statistical Office has reported. The data show there were 68,802 births in January-September, a 0.2 percent drop year-on-year. The number of deaths was 92,437, down 7.6 percent. This equals to a 24 percent easing in the rate of natural population decline compared with the same period in 2015. The number of marriages rose by an annual 10 percent to 42,459. 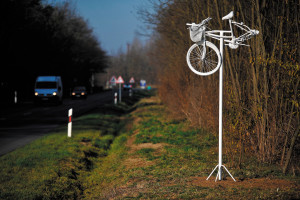 Although the campaign preceding the October 2 referendum on the European Union’s mandatory migrant quota scheme made hardly any impact on the popularity of Hungary’s major parties, support for the radical nationalist Jobbik has continued to decline since September, according to a fresh poll by Median published on hvg.hu. Among the whole voter sample, ruling Fidesz was backed by 36 percent. Support for Jobbik fell to 10 percent, its lowest since January 2014. The Socialist Party is supported by 9 percent of voters, the Democratic Coalition (DK) by 6 percent, the green LMP by 3 percent and Együtt by 2 percent. Another four parties – Dialogue, Liberals, Workers’ Party and the satirical Ketfarku Kutya (Two-tailed Dog) – won the backing of at least 1 percent of the electorate, the poll said. In the group of decided voters who have a clear party affiliation, Fidesz’s support stood at 53 percent. Sixteen percent favoured Jobbik, 14 percent the Socialists, 9 percent DK and 3 percent LMP and Együtt both. Fully 29 percent of respondents disclosed no party preference at all. The proportion of respondents who said the country was “going in the wrong direction” rose to 55 percent as against 38 percent who said just the opposite. 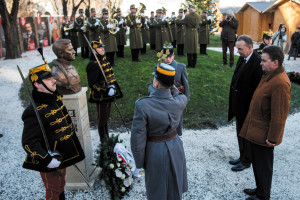 A bust of Charles IV (Charles I in Austria), the last ruler of the Austro-Hungarian Empire unveiled in Budapest

The trade union of resident doctors and specialists has prepared a five-point action plan to reduce the risk of hospital infections, daily Magyar Hirlap says. The organisation has proposed making alcohol-based hand sanitisers available at all patient care points, placing increased emphasis on prevention in medical training and launching a pro-active professional scheme. They also suggest introducing a professional registry where hospitals and clinics can monitor and compare each others’ results and have the National Epidemiology Institute regularly report to professional organisations, Parliament and the public about hospital infections data, Hungarian trends, professional efforts already completed and those planned. 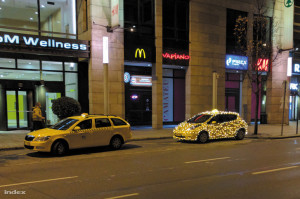 Five people were in custody after authorities seized weapons in a co-ordinated raid in several localities. Police asserted all suspects were linked to the paramilitary organisation Magyar Nemzeti Arcvonal (Hungarian National Front), whose leader was arrested in October after allegedly fatally shooting a police officer in Bony. The counter-terrorism force (TEK) carried out house searches in Budapest, Ipolytolgyes, Jaszarokszallas, Pécs and Putnok. Investigators seized weapons, data storage devices, notes and propaganda materials, and drugs at one site, according to the national police website. Police questioned four of the men suspected of preparing a violent attack against members of a community, while one person was questioned for possessing illegal weapons. Two weeks earlier 12 people were remanded in custody at various sites in Budapest and elsewhere after handguns and explosives were allegedly found at their homes. Those suspects were also allegedly connected to the Hungarian National Front.