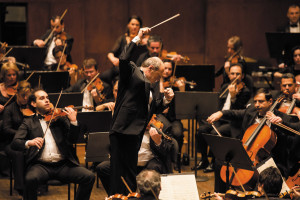 I’m easily confused. That shouldn’t come as a surprise to regular readers or anyone who knows me. But in my defence, I try hard to replace that confusion with a modicum of certainty, if possible. If not, I simply give up and relax into the confusion. Life is short.

My latest effort to make sense of things involves orchestras. Chamber, philharmonic, symphony, festival, all words that go in the same descriptive phrase, but is there a difference, and if so, what is it?
Apparently, and I’m open to correction here, orchestras are ensembles of musicians that feature stringed instruments. Chamber orchestras are smaller, with fewer than 50 musicians, all of which may or may not be strings. They tend, as the name suggests, to play chamber music. Think Vivaldi, perhaps, and Mozart.
Symphony orchestras can have up to 100 musicians so they’re like the big sister. If there’s enough musicians and instruments to play a symphony (think brass, percussion, strings and woodwind), you have a symphony orchestra. Beethoven immediately comes to mind.
Philharmonic orchestras are pretty much the same as symphony orchestras, both in their make-up and in what they play. From what I gather, the term is used to distinguish multiple orchestras in cities that are culturally big enough to support two major ensembles. (Mind you, I see that London has five major orchestras and Tokyo seven!)
Here in Budapest, we have many orchestras. The two major ones are the Budapest Symphony Orchestra and the Budapest Festival Orchestra. As I understand, a festival orchestra is a symphony orchestra by another name. And it was to the BFO that I was drawn last weekend.
I’d heard tell of Iván Fischer, founder and conductor of the BFO. I’d read about the altercations over funding during the summer. And I’d been pretty impressed with stories of the BFO being the people’s orchestra.
Classical music is often perceived as the purview of the rich and cultured, those a rung or three higher up the social ladder. But Fischer and his orchestra are doing their damnedest to make sure that everyone gets to enjoy the music.
They regularly give free concerts around the country, playing in nursing homes, churches, abandoned synagogues and child-care institutions. In addition to their autism-friendly Cocoa Concerts for younger kids and their Choose Your Instrument programme for primary-school children, their Midnight Music series is attracting lots of teens and young adults. The BFO doesn’t wait for people to come see them, they take their music to the people.
The orchestra has come a long way since its first concert on December 26, 1983. In a matter of 33 short years, it made the list of top 10 orchestras in the world with a multi-awarded international reputation. I simply had to see it for myself.
The programme meant nothing to me. To my uneducated eye, it was simply a musical sandwich of Schubert and Bartók. Anyway, I was more interested in seeing Fischer in action and getting a peek at the renovated Liszt Ferenc Music Academy. But what a treat it was.
We had two surprises. Before the official programme began, the orchestra played Bartók’s “Concerto for Piano and Orchestra No. 3”. But search though I might, I couldn’t see anyone playing the piano. It turned out that this was a piece dedicated to the late Zoltán Kocsis, co-founder of the BFO. And the piano we heard was a recording of him playing. He was there in spirit.
Just as we thought the programme was finished, the orchestra swapped their instruments for song sheets and treated us to their rendition of Schubert’s “Sound of Angels”.
Christmas is coming. If you want to give someone a gift that will last a lifetime, a memory that can be replayed again and again, what about tickets to a 2017 BFO concert? And yes, if you’re asking, that’s what I’d like.

Mary Murphy is a freelance writer and public speaker who has found a new hobby. Read more at www.unpackingmybottomdrawer.com