Kornél Horváth, a Kossuth prize-winning Hungarian percussionist, has won the British Rhythm magazine’s best percussionist prize for 2016. The 62-year-old won against such stars as Pete Lockett, Chris Fehn from the band Slipknot, Mino Cinelu, Mauro Refosco, Luis Conte, Evelyn Glennie, Trilok Gurtu, Sheila E who played with Prince and Adele’s percussionist Aaron Draper. “This is the most prestigious professional award I have ever received and no Hungarian has ever made it to such a list,” Horváth said. “Maybe this is owing to the fact that I play a little differently than others, I stand out from the crowd.” He said he had played many concerts with his duo Thunder with Gabor Dornyei, a drummer, in western Europe and the US. Their music had been well received by the press there. Horváth has collaborated on over 200 albums during his career, using a unique playing style as a percussionist. Thunder will tour Asia next year, and he plans further concerts with his new quartet that includes US guitarist Stanley Jordan and Brazilian guitarist Alegre Correa. 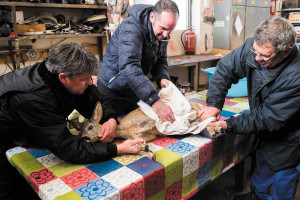 A weakened deer found in freezing water near Nyíregyháza. The animal was released after a quick clean and dry 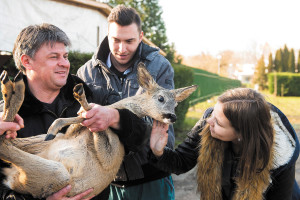 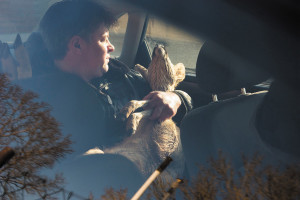 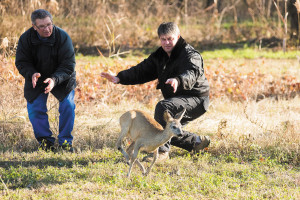 President of the Hungarian Swimming Association Tamás Gyárfás has resigned, saying he believed it was the best way to help the sport. Several swimmers including Katinka Hosszú, three-time Rio Olympic champion, and coaches had called on him to go and urged reforms in the association. The office of the state secretary for sports said the state would not interfere but called for an urgent resolution, taking into consideration that Hungary will host the 2017 World Aquatics Championships, “the largest ever sports event in Hungary”.

A Syrian man has been sentenced to 10 years imprisonment for his role in a migrant riot at the Roszke border crossing station in September last year.  The Szeged court said in its primary ruling that the man was guilty of terrorist activities involving illegal border crossing as well as coercion and violence, committed as a participant in the riot. The court ruled that he must spend a minimum of two-thirds of his term in prison, and would be banned from the country. In July, nine Syrians and one Iraqi national involved in the riot were sentenced to 1-3 years imprisonment. The ruling Fidesz party welcomed the court decisions, saying the government had been vindicated in its decision to seal the border, arguing that Europe was under a constant threat of terrorism. “Terrorism must not be allowed to spread in Europe and make its way into Hungary,” Fidesz said. “We must therefore do everything we can to protect our country from the settlement of migrants.” 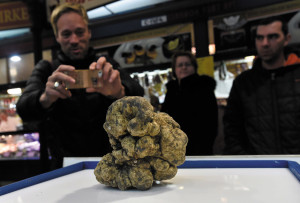 Millions of forints worth of truffle found in Baranya County

Not so black for retail

Online retailers expect turnover to increase 18pc on average in the fourth quarter of this year from a year earlier, according to the latest Online Retail Index survey of GKI Digital and Arukereso.hu. Online retailers said sales in the last three months of the year reach or even exceed one-third of their total annual turnover. Around 46pc of retailers said the higher volume of orders during the holiday season is causing them “serious difficulties” while 49pc said the same of the speed of their logistical partners and 53pc found the workload of their customer service departments a serious difficulty. For the first time this year, more than half of webshops – 54pc – had special offers for “Black Friday”, the last Friday of November, the survey found 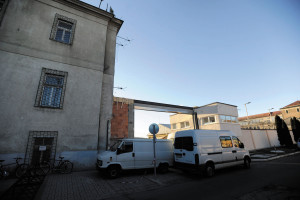 Friends and admirers of former President Árpád Göncz have started collecting donations for a bust to be erected in Budapest in his honour, the Göncz Árpád Foundation has said. Göncz’s funeral was held one year ago and the initiative calls for donations from private individuals, companies and civil organisations that want his memory to be preserved. The bust is planned for a park in Budapest’s District III near where Göncz live and where a tree was planted in his memory this year. The projected costs total 4.5 million forints and the plan is to erect the bust on the second anniversary of his death. Göncz was the first president of Hungary after the change of the political system, between 1990 and 2000. He died at age 93 last October. 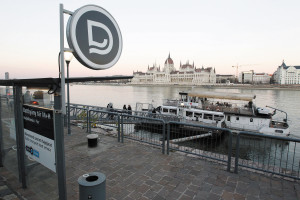 The National Bank of Hungary has extended the deadline for phasing out the HUF 20,000 banknotes issued before 2015 by one year, until December 31, 2017. The bank started replacing old forint banknotes with a revamped version in 2014. The new HUF 20,000 notes now account for about 80pc of the total of the denomination in circulation. 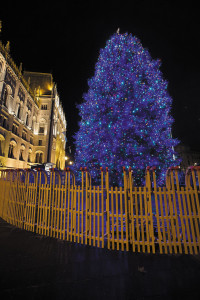 Hungary has around 15,000 homeless and 4000 or so live on the streets at night, Peter Gyori, chairman of the board of the Menhely Foundation, a charity for the homeless, has said. Between 10,000 and 11,000 look for shelters in which to stay, he said. In Budapest, there were around 6500 homeless and 1200-1300 spent the night on the streets. Nationally, shelters operate to 85-100 percent capacity, and the capital still has several hundred places available for the time being, though more shelters should be temporarily opened both around the country and in the capital for the winter, Gyori said.

Hungary’s rolling average three-month jobless rate reached 4.7pc in August-October from 4.9pc in July-September and 6.4pc year-on-year, the Central Statistical Office (KSH) has said. In absolute terms, there were 219,300 unemployed in Hungary in August-October, 7200 fewer than in July-September and 70,800 fewer than a year earlier. Out-of-work Hungarians spent about 17.8 months on average looking for work during the period. Just over 46pc of the unemployed had been seeking work for one year or more.