A flu epidemic has broken out in Hungary, the National Epidemiology Centre (OEC) announced on 11 January. According to doctors’ reports monitored by OEC, more than 16,000 patients sought medical treatment for flu symptoms in the preceding week, twice as many as the week before. Over 40 percent of all patients were young adults, aged 15-34 years, another 16 percent children and 14 percent older than 60, the OEC said. 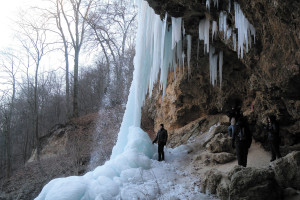 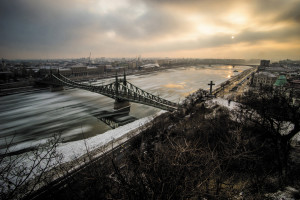 The World Bank Group’s latest “Global Economic Prospects” reports that Hungarian GDP could grow 2.6pc in real terms in 2017. In June 2016 the organisation predicted a 2.4pc growth rate for this year. The World Bank expects growth to pick up in 2017 on a recovery of public investment, including the infrastructure projects financed by EU funds. GDP growth is projected to accelerate to 2.8pc in 2018 then slow to 2.7pc in 2019. The 2018 projection is revised up by 0.5 percentage points compared to the World Bank’s June 2016 report. The bank estimated that in 2016 Hungary’s GDP grew 2.1pc, 0.5 percentage point slower than it previously expected, and before that in 2015 growth was 3.1pc. The Hungarian National Economy Ministry in December 2016 said it expected GDP growth to reach 2.1pc in 2016, then rise to 4.1pc in 2017 and to 4.3pc in 2018 before falling to 3.8pc in 2019. 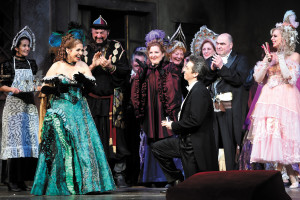 Rác baths to be sold

The Rác baths in Budapest will be sold in an open tender, Sándor Borcsok, the liquidator of the companies that renovated the historic thermal baths, has told business daily Világgazdaság. The baths’ developers were declared companies of “special strategic importance” by the government last year, which allows the possibility of a closed sale of their assets, the paper noted. A closed sale would require meeting strict conditions, conditions that have not yet been met at this point in the liquidation procedure, Borcsok said. Creditors have filed claims for close to 10.6 billion forints from Rác Beruhuazo, one of the developers that renovated the baths. The deadline for filing for claims from Rác Nosztalgia, the other partner in the project, has not yet passed. The liquidation procedure was initiated by Budapest Municipal Council, which earlier bought, at a discount, a 7 billion forint loan the developers took out from the state-owned Hungarian Development Bank. 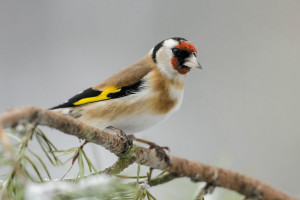 Goldfinch selected as bird of 2017 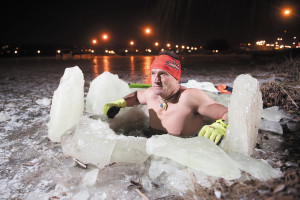 Hungary’s Competition Office (GVH) has fined real estate brokers Duna House and Otthon Centrum and their respective franchise networks a combined HUF 76 million for setting prices, sharing confidential information and dividing up the market. GVH said the brokers and Duna House Franchise Szolgaltato as well as Otthon Centrum Franchising Tanacsado held talks between April 2013 and June 2014 to fix and divide commissions as well as share information on sales and orders. GVH reduced the scale of the original fine by 30pc after the parties acknowledged their violations, agreed to co-operate with GVH and waived their right to an appeal. 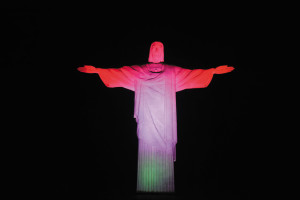 Christ the Redeemer in Rio de Janeiro lit up in Hungarian colours on the 100th anniversary of the coronation of Charles IV, the last king of Hungary. The gesture aims at acknowledging Hungary‘s role in protecting Christianity

Credit from state-owned Magyar Eximbank to commercial television channel TV2, held by government film industry commissioner Andy Vajna, has been refinanced from recently reprivatised MKB Bank, the financial website napi.hu reported citing data from the credit guarantee register. Napi.hu said TV2 Media Group had confirmed to it a report in business daily Világgazdaság that it repaid in full its loans to state-owned Magyar Eximbank with loans from a commercial bank. Neither the Tuesday report nor the TV2 statement named the new lender. Information from the credit guarantee register shows, however, that MKB Bank acquired on December 27, 2016 mortgage rights on TV2 Media group’s assets and all its dues under contracts it has with telecom service providers Antenna Hungaria, DIGI, Invitel, Magyar Telekom, UPC DTH Sarl and UPC Magyarorszag up to a total value of HUF 11.09 billion, napi.hu wrote. Magyar Eximbank lent Magyar Broadcasting, a company owned by Vajna, EUR 21 million (HUF 6.7 billion) to acquire TV2 in November 2015. In April 2016, it lent TV2 Media Group another HUF 1.2 billion. The state acquired MKB from BayernLB in 2014, and National Bank of Hungary (NBH), acting as a bailout manager, sold it to a consortium of two private equity funds, Blue Robin Investments and METIS Private Capital Fund, and Hungary’s Pannonia Pension Fund for HUF 37 billion in summer 2016. In a first-instance ruling the Municipal Court of Budapest ruled last October that the National Bank must release data regarding the sale after the central bank declined a request by a private individual for information on the ownership of MKB’s buyers. 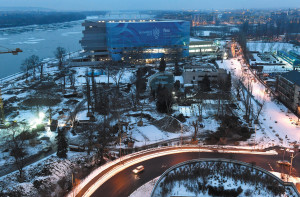 Fans splash out for tickets

Sports fans have already bought thousands of tickets for the 2017 FINA World Aquatics Championships that Hungary will host on July 14-30, the organisers say. Some 21,000 tickets have been sold for events at the Dagaly Aquatic Centre, the main venue, and almost 7500 at the Hajos Alfred swimming complex. Among the ticket buyers are almost 6000 foreigners. Demand has been highest for events on July 24 in which three-time Olympic champion Katinka Hosszú is expected to compete. The Dagaly centre can hold 12,000 visitors and the Hajos Alfred complex 8000. There will be seating for 1200 for diving events at a venue on the Danube bank, for 4000 in City Park and for 1300 in Balatonfüred, where open-water swimming events will take place. FINA picked Hungary to host the championships in 2015 after Guadalajara, Mexico, withdrew for financial reasons.  Tickets can be bought at www. fina-budapest2017.com.

The number of bank branches in Hungary fell by 69 to 2732 last year, business daily Világgazdaság said, citing data from the National Bank of Hungary. The number of branches was down by 380 from 3111 three years earlier, the paper said. OTP Bank, Hungary’s biggest commercial lender, has 381 branches at present. Runner-up is K and H Bank, with 207, followed by Erste, with 123.

The rolling average three-month jobless rate reached 4.5pc in September-November from 4.7pc in the previous month and 6.2pc in the same period a year earlier, the Central Statistical Office has said. Takarékbank analyst Gergely Suppan noted that the number of employed Hungarians now stands at a high not seen since the transition to a market economy. The fresh data show all of Hungary’s main business sectors added jobs during the period, he said.

The tender for the renovation of the capital’s third metro line could be drawn out until April but the renovation will get under way in summer, Budapest Mayor István Tarlós has told daily Népszava. Tarlós suggested that “someone may deliberately be trying to stall” the project, noting that the public procurement law bars applicants that have previously been disqualified from a tender from reapplying for 90 days, but he declined to name names. He hoped that the renovation would cover the installation of elevators at every station, as opposed to just the most vital upgrades. But he said the scope of the work would depend on the offers the capital receives.

Farewell for US ambassador

US Ambassador to Hungary Colleen Bell will complete her term on January 20. In a dual-language post on the US Embassy’s Facebook page, Bell gave thanks for the “kindness and friendship” she and her family had received. “I will miss serving in this position but will continue my commitment to building stronger ties between our two countries,” she said. The Ministry of Foreign Affairs said Bell had played a crucial role in improving political ties between the two countries. Minister Péter Szijjártó had “indicated on multiple occasions that Hungary greatly appreciated Bell’s work”. Hungary would welcome and co-operate with the new US ambassador too.

President János Áder has accepted the ruling Fidesz party’s nomination to serve a second term. “I will stand in next spring’s democratic election in accordance with the provisions of the constitution,” Áder said, adding that he had always considered the presidency a constitutional service in which the head of state answers to the Hungarian nation.