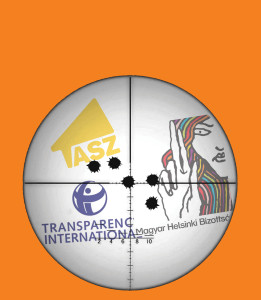 Fidesz vice-chairman Szilárd Németh caused anger among many with his recent threat that certain non-government organisations must be “swept out of the country”. He also named Transparency International, whose managing director,  József Péter Martin, talks to The Budapest Times about the possible reasons, while he is staying calm for the time being.

Szilárd Németh says the target is NGOs that are paid from abroad and want to influence the shaping of political opinions in Hungary. How did you understand these statements?

We were surprised. Such statements in a democratic country, which is a member of the EU, are not welcome.

Were there really no prior indications that this declaration of war could be expected?

No, no signs at all. Maybe only that in the last three or four years there were constant verbal attacks made against us and against NGOs in general, but the most recent statements were harsher than ever.

What exactly do you mean?

His statements are simply unacceptable, to talk explicitly about closing down some NGOs. However, that is not possible according to the actual legislation and even the constitution is protecting us. As long as the government abides by the laws, we have nothing to fear.

Last year there were several examples when the government changed the laws to their advantage. Could that happen again in the case of the NGOs too?

Of course it can happen that the government changes the law according to their will, but first we have to wait and see. The only specific step they are discussing at the moment is that heads of NGOs have to publish their asset declarations, the same way as politicians have to. We are opposing that as it is against the current constitution. On the other hand, we are quite comfortable about the demand to uncover the finances of TI Hungary as it is already accessible for everybody on our website have nothing to hide.

This threat against civil organisations came out of the blue. What do you think could be the reason?

I think that there are primarily two or three causes behind these kinds of statements. For one, thise government always needs an enemy to use in their communications. This role was filled by the refugees up until now. However, since there are no more refugees in the country anymore, they needed to come up with something new. For two, this is an attempt to call away attention from the fact how bad is the governance. And finally, this could also be an attempt to intimidate us.

What do you think will happen to you now? Are you preparing for the next steps by the government?

We are not preparing for anything, we are working according to the law and in a transparent way, and we are not blaming ourselves for anything.

You are saying that this might be an attempt to intimidate you. Was it successful? Time and time again we see reports in the media about political interference. Do you? 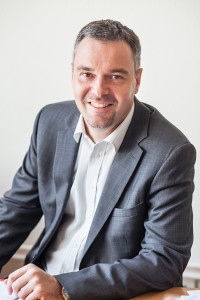 We are not practising any kind of self-censorship and we also do not get any calls that we should not complete certain examinations. In this sense we are not getting any pressure from any political side. Media is another topic, there the political interference is huge. I read newspapers too. Still there are many very strong investigative articles published that are revealing new cases of corruption from time to time.

If the problem is not finding out about corruption, then what is it?

The problem is that these articles do not have a consequence anymore.

I mean that the prosecution is in the government’s hand and they simply do not deal with certain cases. Furthermore, society is reacting in an apathetic way to the new cases of corruption that keep popping up. Studies have revealed that people know a lot about how corrupt this country is but they are convinced they are powerless to step up against it.

Szilárd Németh explicitly said that NGOs should not be financed from abroad, by which he means Hungarian-American financier and philanthropist George Soros of the Open Society Foundation. Your organisation stands accused of being “Soros-mercenary”.

We have many financial pillars. Only about 8% of our financing is coming from the Open Society Foundation. For the major part, more than 50 %, we are financed by the EU on project basis. We are also getting support from large companies. We have sponsors like Telenor,  E.On or Coca-Cola  just to name some companies that finance our operations.

So you are not crowdfunding, as for example the investigative blogs Átlátszó and Direkt36 do?

We are also working with crowdfunding resources but that makes up only a minor part of our financing. We believe that this form of financing is important but it’s not providing us with a sufficient resources. The major part of our financial resources is received from project-based funding from the EU, which we are winning via our individual projects. Átlátszó and Direkt36 are able to work based on crowdfunding because they are making media outlets which we are not.

Why do you think it’s important for companies to act as your supporters?

I think that the reason is primarily image building. Telenor is basing its company structure and communication on transparency and openness, so it’s relevant for them to support an NGO like us.

What are your criteria towards potential supporters?

In general we are open towards every company, if it is working in a transparent way. Before we enter a co-operation we do a due diligence.