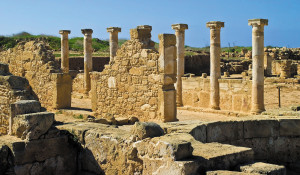 Debrecen, Eger, Miskolc, Tokaj and Veszprém are listed as potential candidate cities for when Hungary next hosts the European Capital of Culture in 2023, the country’s next turn after Pécs in 2010. Two of the continent’s regional centres have the honour each year, from different countries. In 2017 they are Paphos in Cyprus and Aarhus in Denmark.

Hungary’s Tibor Navracsics, who is the European Commissioner for Education, Culture, Youth and Sport, offers this assessment: “The title of European Capital of Culture is a unique opportunity to bring communities together through culture and to foster strong local, European and international partnerships for the future. I wish Aarhus and Paphos every success for the coming year.”
Sitting on the southwest coast of the Mediterranean island of Cyprus where the mountains meet the sea, the eye-pleasing harbour town of Paphos (alternatively spelled Pafos) has, in a sense, already been a city of culture for millennia; heir to a cultural development spanning over 9000 years.
The ancient port, soaked in Greek mythology as the legendary birthplace of Aphrodite the goddess of love, is set around its dazzling harbour. It is famed for its archaeological sites including ruins of palaces, tombs, fortresses, theatres and mosaic-tiled villas.
Paphos is a 12-month destination, and the resident population of about 33,000 is swollen year round by tourists.  Winters are warm, mild and generally sunny. Summer – the peak beach season – is hot, and spring and autumn are usually cool enough for sightseeing while warm enough to swim.
The entire town stands proud as a UNESCO World Heritage Site. Throughout 2017 it will be a happening place, drawing on its classical and mythological heritage as themes for a year-long “open-air factory of culture”. This will consist of dance, musical and theatrical performances in parks, beaches and on the streets.
Every corner will be converted into an outdoor cultural hall. From the castle square and the archaeological park to the wild Akamas Peninsula and tiny villages in between, from the historical ruins to the beachside splendours, there will be much to capture the imagination as each and every community will be doing their bit to host various displays of European culture under the blue skies.
In the winter months, visitors can look forward to a variety of activities in such indoor venues as the Paphos Archaeological Museum, old Othello cinema, Markidio 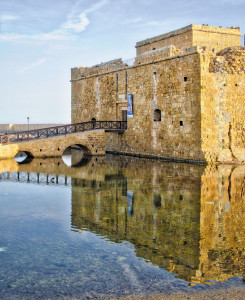 Theatre, Old Power House Cultural Centre and Municipal Gallery.
The theme running through the myriad of events is “Linking Continents, Bridging Cultures”, which, as has been noted, is appropriate for an island divided since 1974 when Turkey invaded the northern part.
Paphos, the Capital of Culture organisers say, will become an “immense open stage, where a tradition of thousands of years of cultural life in open spaces meets contemporary ways of creating, thinking and living”.
The “open factory for humanity, art and culture is where everyone, from all professions and all different ages, are invited to participate and share experiences”, according to the event’s Artistic Director, Marios Ioannou Elia.
Most importantly, visitors are invited to share experiences alongside locals as boundaries are blurred.  “It aims to be a place where they can put aside their differences and create a unified whole, where each individual contributes through their diversity, to create a collective identity,” says Elia. “And we don’t just mean the identity of Paphos but that of Europe as well.”
The opening ceremony was on January 28. Cyprus is EU. The Greek-Cypriot south and Turkish Cypriot north are separated by a UN buffer zone. The currency is the euro. They drive on the left. Local dishes range from baked feta with fresh mint in filo pastry to moussaka. Wizz Air flies direct to Larnaca in Cyprus and Austrian Airlines goes via Vienna.
Information and cultural program: www.pafos2017.eu