The state of Hungary is suspending HUF 20 billion in funding to Budapest allocated for the Metro 4 project because of alleged misappropriation uncovered by the European Anti-fraud Office, Minister Overseeing the Prime Minister’s Office János Lázár has said on public radio. The budget act prohibits the state from transferring taxpayers’ money for the project until culpability can be established, Lázár told Kossuth Radio. The state can demand reimbursement for funding transferred for the project earlier, too, just as the European Union can, he added. Lázár acknowledged that the EU’s recovery of Metro 4 funding would cause “serious material damages” for Budapest, but Prime Minister Viktor Orbán had instructed the government to offer the capital all necessary financial and legal assistance to resolve the matter. Budapest Mayor István Tarlós told daily Magyar Nemzet that the capital is suspending payments to all companies involved in the project that have come under suspicion on the basis of contracts signed before 2010. 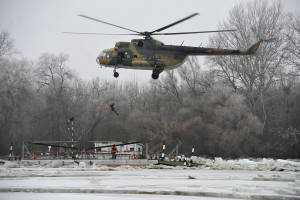 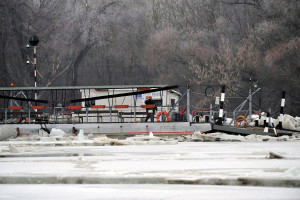 Wizz Air closes in on Frankfurt

Hungarian low-fare airline Wizz Air will launch daily flights between Budapest and Frankfurt Airport (FRA), becoming the second budget carrier after Ryanair to do so. At present, Wizz Air’s Frankfurt flights use the Frankfurt-Hahn Airport (HHN), about 90 kilometres from Frankfurt. Frankfurt Airport is about 12 kilometres from the city centre. Operator Fraport has introduced a new, cheaper pricing category after its passenger numbers edged down to 60 million last year. 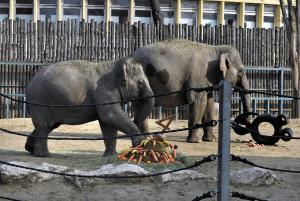 Asha gets a special 4th birthday treat in the Budapest Zoo

Second-class food for us

International food companies supply different quality products to Western Europe than to Central and Eastern European countries, daily Magyar Idők has reported. The paper referred to a recent survey by Hungary’s national food chain safety office Nebih, focusing on 24 brands in terms of product taste and smell, composition and labelling. Magyar Idők noted that Slovakia had similar complaints, and was planning to escalate the case to the European Commission. The problem of dual-quality products in the EU has been discussed in the community’s Agriculture and Fisheries Council, as well as among the Visegrád Group co-operation, the paper said, but “the legal background is not ideal” and perhaps the issue could be resolved by raising customer awareness and closer co-operation between customer protection authorities of EU members. Minister Overseeing the Prime Minister’s Office János Lázár said the government must examine the issue of inferior quality products sold by multinationals in Hungary from the point of consumer protection and food safety. He said he was appalled by a Nebih report comparing 24 sample products sold in Austria and Hungary. The report confirmed allegations that the companies are trying to sell “food-industry rubbish” in Hungary, Lázár said. A package of measures on retail trade and consumer protection, which had been removed from the government’s agenda twice already, must be re-examined because retail chains had considerable power to enforce their interests because they were large employers, the Minister said. 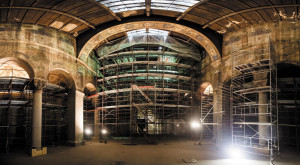 The metropolitan public prosecutor’s office has raised charges against five Chinese nationals for recruiting Chinese women to work in brothels in Budapest. Tibor Ibolya, who heads the office, said a Chinese man aged 27 years recruited the women in China from April 2012 until he was apprehended in May 2014. The man had rented properties for the women to work in mostly in District X and advertised their services in a Mandarin-language weekly and on the internet, Ibolya asserted. The accused had been helped by a female acquaintance who lived in the property and supervised the 2-5 women working there. Another Chinese man had set up a similar facility in summer 2013 in District VIII, where he was also assisted by a female acquaintance. The fifth defendant is the operator of a Budapest hotel who allegedly contacted the brothel owners several times asking for prostitutes to visit hotel guests. The five persons are charged with human smuggling and facilitating prostitution in an organised way for financial gain. The highest possible sentence is over 20 years, Ibolya said. 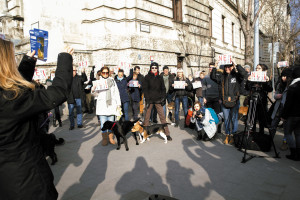 Veteran Hungarian yachtsman Nandor Fa has completed the 2016-2017 Vendee Globe round-the-world race, finishing in eighth place. The 63-year-old’s yacht Spirit of Hungary crossed the line in 93 days, 22 hours, 52 minutes and 9 seconds, completing the 50,130 kilometres at an average speed of 12.35 knots. Fa said it is the crowning achievement of his career: “There are a couple of things I’m extremely proud of. One is that I completed the race in under 100 days. This time of 93 days is a very good one. The second is that I never once had to repair the mast.” Fa was also pleased to see that the hull had not sustained any damage. He said his eighth-place finish exceeded his expectations, admitting his goal had been to finish in the top 15. 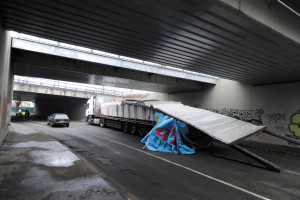 The ruling Fidesz-Christian Democrats (KDNP) are way ahead of their opposition rivals, according to a poll of polls by kozvelemenykutatok.hu. The site operated by the Nezopont Institute combined Median, Nezopont, Szazadveg Foundation, Tarki, Publicus Institute and Zavecz Research polls for the daily Magyar Idők. If a general election were held now, the ruling alliance would improve on their performance in 2014 by six percentage points, while the left-wing opposition is stuck at the same level as three years ago. Radical nationalist Jobbik has weakened by four percentage points since then. Among all voters, Fidesz-KDNP is backed by 31 percent. Median, Nezopont, Szazadveg and Tarki showed the ruling parties with well above 30 percent support while Zavecz measured only 26 percent and Publicus 25 percent. Jobbik, once the opposition leading force, is now almost level pegging with the Socialists, with 11 percent and 10 percent support, respectively, according to the poll of polls.  The various pollsters showed differing outcomes, however. Publicus said the Socialists were stronger than Jobbik while Zavecz and Szazadveg Foundation found they were tied. The others maintained that Jobbik was stronger. The combined figures showed that the opposition Democratic Coalition and LMP parties received 4 and 3 percent, respectively. Egyutt stood at between 1 and 2 percent and the opposition PM, Liberal Party and Ketfarku Kutyapart between 0 and 1 percent. Fidesz-KDNP’s core support was higher than in the last elections. Median found 60 percent in favour as against Zavecz’s 44 percent.  Based on combined data, the Socialists have nearly caught up with Jobbik, and parties of the former left-wing alliance hold a combined 8 percentage point lead ahead of Jobbik. The Democratic Coalition would get average 7 percent support at the elections and all pollsters said they would safely meet the 5 percent threshold for seats in Parliament. LMP would get into Parliament, according to Median and Tarki, but the other parties are no way near that threshold, kozvelemenykutatok.hu said. 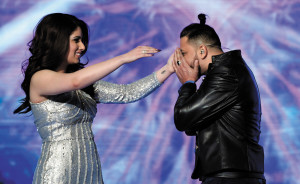 The Budapest metropolitan council is mulling dispensing taxi licences to drivers of electric vehicles only, deputy mayor Balazs Szeneczey has told a ceremony to hand over new charging stations at Liszt Ferenc International Airport. Szeneczey said the city’s leadership prioritises environmental protection, and this policy also applies to public transport. He noted “significant results” in the past few years to make the bus fleet greener and efforts to build more park-and-ride sites.

The appeals court of Budapest has fined former Budapest police chief Peter Gergenyi HUF 400,000 in a case related to police handling of violent anti-government riots in the city in 2006. The riots were triggered by the leak of then-Socialist prime minister Ferenc Gyurcsány’s speech behind closed doors at a party meeting in which he confessed that his party had lied about the economy to win the 2006 election. Charges in connection with the riots were first raised against the police leaders in early 2013. The prosecution’s indictment said Gergenyi had acted in full knowledge that chaos had erupted due to a lack of co-ordination of police forces during the attack on the television headquarters in central Budapest on September 18 and anti-government demonstrations on October 23.

The tax on unhealthy food high in sugar and salt has cut sales by between a quarter and a third, daily Nepszava has reported. The prices of the targeted products have risen 29 per cent, the paper said, citing a study by the National Institute of Health Development. About 40pc of food industry companies hit by the impost have changed their recipes. The tax has generated budget revenue of HUF 122 billion since its introduction in autumn 2011.