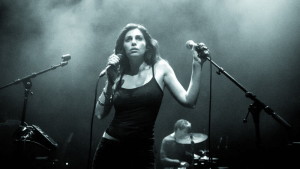 Tables and chairs are appearing on the pavements again, and to reinforce the end of winter the 37th Budapest Spring Festival is under way, until April 23.

The annual event is one of the largest cultural gatherings in the country, with top Hungarian and international performers in dance, theatre, contemporary circus, visual arts and music in the classical, world, opera, jazz and folk genres.
A multitude of venues comprising the leading cultural institutions of the city are participating, including Müpa Budapest, Liszt Academy, the Hungarian State Opera, the Bálna, the Vigadó, Budapest Music Center, Várkert Bazár (Castle Garden Bazaar) and other theatres, cultural institutes and museums.
Two Korean Cultural Days in the Bálna Budapest Event Hall on April 8 and 9 aim to answer the questions of what defines the everyday life of Koreans, what are the characteristics of the Korean frame of mind, what are the most typical dishes and what do friends do to pass the time?
The Korean Cultural Centre will bring together representatives of the country’s gastronomy, music, dance, sports, visual arts and artisanship to show and celebrate their heritage. This also involves passing on some of the knowledge, so visitors can learn various artisanal techniques, can try Korean games and dances, and become introduced to the Korean language, with food kiosks on hand.
To be presented twice, “Sim Cheong” is a play that tells the story of a father and his daughter, featuring such characteristic elements as the Sword Dance and the Peace Dance. The sung story is presented by a 30-strong company, live music and lavish visuals.
The Lapland Chamber Orchestra, founded in 1972, has the distinction of being not only the most northerly professional orchestra in Finland but indeed in the entire European Union. Based in somewhere called Rovaniemi, this regional orchestra regularly tours the Province of Lapland and elsewhere in Finland, but in recent years has also appeared in Algeria, Austria, Russia, Sweden, Denmark, the UK and Germany.
It will be at the Vigádo on April 12.
The A38 Ship will host Lebanon-born singer, songwriter and actress Yasmine Hamdan, who made a sell-out debut in Budapest two years ago. Described as the iconic diva of Near Eastern sounds, Hamdan is said to be the muse of American independent film director Jim Jarmusch, and had a cameo appearance in his 2013 vampire film “Only Lovers Left Alive”.
She is the former singer of Soap Kills and will sing the songs of her latest album, “Al Jamílat”. Hamdan’s music melds electronica, trip hop and Arabic influences. She will also have a guest, Hungarian/Swedish singer-songwriter and musician Antonia Vai.
The Shanghai Quartet, which will perform at the Liszt Academy on April 22, is said to be renowned for its passionate musicality and impressive technique, and has become one of the world’s foremost chamber ensembles.
Formed by students of the Shanghai Conservatory in 1983, the quartet comprises two violinists, a violist and a cellist, and has performed all over Asia, North and South America, and several European countries. It has often performed pieces outside the quartet repertoire by teaming up with such artists as the Tokyo, Juilliard and Guarneri Quartets, Yo-Yo Ma, Lynn Harrell, Wu Man and Peter Serkin.
Long-time champions of new music, they have collaborated with composers such as Bright Sheng, Carl Vine and David Del Tredici. The quartet has released over 30 albums, recording, among other works, Beethoven’s complete string quartets, and, with Rudolf Buchbinder, Schumann’s and Dvorák’s piano quintets.
In Budapest, they will play Beethoven’s: String Quartet No. 6 in B flat major, Op. 18/6, Schubert’s String Quartet in D minor, “Death and the girl”, and a selection of Chinese songs
“Treasures Under the City, Novelties from the past – Revealing the archaeological heritage of Budapest 1867–2005–2015” is an exhibition in Budapest History Museum from April 15 to September 15.
This is based on the premise that Hungarian archaeology owes its genesis to the economic boom that followed the Compromise of 1867, and the attendant urbanisation. It was in this context that archaeological relics began to be collected and excavated systematically in what were still three distinct cities: Pest, Buda and Óbuda. Soon the capital established its first museum, the predecessor of today’s Budapest History Museum.
By now, thanks to the excavations that have not ceased since then, Budapest has one of the richest troves of archaeological finds among the European capitals. The exhibition presents the most important finds and results of the most significant excavations of the past ten years – works whose roots run back to the post-Compromise period.
In addition to representing the finds and excavations of 150 years ago, the exhibition shows some 2000 valuable finds that have been recently uncovered at around 100 sites, most of which have not been on display before.
The 3rd Budapest Photo Street Festival on April 21-23 will present all that is related to the art of photography by turning the pavement of District VI’s Nagymező utca into a special exhibition space where the displays will be complemented with open-air screenings, book launches, dedications, performances and guided tours.
The street is home to Mai Manó House, which is also known as the Hungarian House of Photography, and the Robert Capa Contemporary Photography Centre, the former introducing today’s visitors to old photographic technologies and methods, and the latter training its viewfinder on the present and the future.
Add in Henrik Nánási and the Orchestra of Komische Oper Berlin, Daniele Getti and the Mahler Chamber Orchestra, Budapest Art Week, a Feast of Hungarian Jazz, tributes to Kodály and Beethoven, the Badora Dance Company and many more, and Budapest Spring Festival is here.
The festival is a co-operation between Müpa Budapest, the Budapest Festival and Tourism Centre, and the Hungarian Tourism Agency. See http://www.btf.hu/events for the full list of programs.