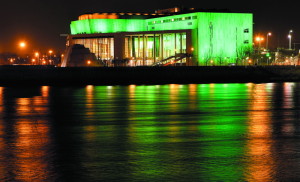 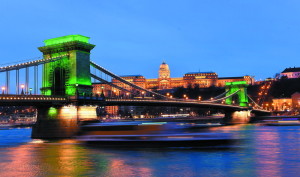 Another day off, folks

MPs have voted to make Good Friday a work holiday, following a pledge by Prime Minister Viktor Orbán last autumn. The motion was approved with a vote of 163 ayes and two abstentions. This year is the 500th anniversary of the start of the Reformation. In addition to Good Friday, Hungarians have work holidays on New Year’s Day, Easter Sunday and Easter Monday, Labour Day, Whit Monday, All Saints’ Day, Christmas Day and Boxing Day, plus the national holidays of March 15, August 20 and October 23.

The Romanian unit of Dutch brewer Heineken and microbrewery Lixid Project say they will settle their dispute over the use of the “Ciuc” and “Csiki” beer brands, just days after Hungarian government representatives interceded on behalf of the Transylvanian craft brewery. As part of the settlement, Heineken Romania consents to the coexistence of the Ciuc and Csiki brand names and agrees to allow Lixid Project to market the Csiki brand, the parties said. “As a result of this agreement both parties will abandon all legal activities related to the commercial dispute … The settlement involves compromises on both sides and it allows both companies to continue building their relationship with their consumers, employees, business partners and the local community. Both companies now look forward to leaving their past differences behind them and focusing on what they do best and enjoy most: brew beer”. The agreement comes after Minister Overseeing the Prime Minister’s Office János Lázár visited the Csiki Sor factory in central Romania, encouraging both parties to agree out of court. At a subsequent press briefing, Lázár said the Hungarian government is ready to help all Hungarian companies in discussions with multinational companies abusing their power. In January, a Romanian court upheld a ruling prohibiting the microbrewery from marketing its product as “Real Csiki Beer” because Heineken already owns the locally-brewed “Ciuc” brand, which means “Csiki” in Romanian. After the court decision, Lixid Project started marketing its product as “Real Prohibited Beer”. 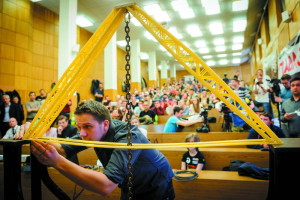 A new mineral discovered by an amateur geologist in Rudabanya, northeast Hungary, has been recognised as an unknown species by the International Mineralogical Association, the Otto Herman Museum of Miskolc has said. The mineral, found by Gábor Koller seven years ago, has been named rudabanyaite. Bela Feher, head of the museum’s mineral collection, said that out of the about 5000 minerals known in the world, only nine including this new one were discovered on Hungary’s current territory. Whenever such a discovery is made, experts examine its chemical composition and structure. Rudabanyaite proved to have an unknown structure.

Italian police think that the bus crash in which 16 Hungarians died near Verona on January 20 was caused by a human error. Verona Polstrada chief Girolamo Lacquaniti ruled out technical problems with the vehicle that hit a pylon and caught fire, and said the driver may have been sick or fallen asleep. Italian state prosecutor Angela Barbaglio said the driver, who suffered serious injuries and has been in a coma since the crash, is suspected of causing the accident. The prosecutor said reports by various experts were being evaluated, after which legal proceedings might follow. 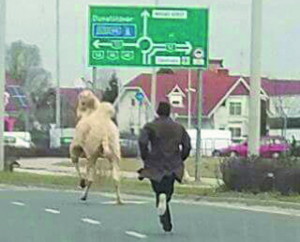 UK-based consultancy Skytrax has ranked Budapest’s Liszt Ferenc Airport the best airport in eastern Europe for the fourth time this year. Budapest Airport CEO Jost Lammers noted that 50 billion forints will be spent on developments at the airport as part of the BUD 2020 programme. Skytrax surveyed 13.8 million passengers at 550 airports worldwide on their views on cabin staff, airport, airline, airline lounge, in-flight entertainment, on-board catering and several other elements of air travel. Changi Airport in Singapore is the World’s Best Airport for the fifth year running. 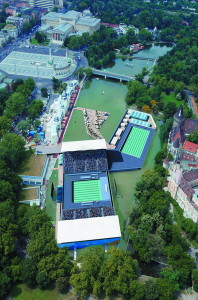 Design plans of the temporary City Park complex, which will host the synchronised swimming event at the World Championship

Olympics funds back to budget

The government has decided to return back to the budget HUF 12.6 billion left over from the HUF 19.1 billion allocated for Budapest’s 2024 Olympics bid, Minister Overseeing the Prime Minister’s Office János Lázár has said. Budapest Municipal Council voted to withdraw the bid last month “in light of the dissolution of political unity” on the matter. The council acted on a recommendation made by local council leaders and the heads of governing Fidesz days after the Momentum Movement submitted more than 266,000 signatures calling for a referendum on the bid. The International Olympic Committee approved the second round of documentation for Budapest’s bid last December and the capital had been set to submit third-round documentation. A decision on the host city, now a contest between Los Angeles and Paris, is expected in September.

Nearly 350,000 spectators including 85,000 foreigners are expected at the 2017 World Aquatics Championships in Hungary from July 14-30, an organiser has predicted. Altogether 4700 hotel rooms have been reserved for the competitors, their escorts, media workers and FINA delegates for a total of 85,000 guest nights, spokesman Miklos Borsa of Bp2017 Nonprofit said. The competitions will take place in four Budapest venues, including the brand-new Duna Arena, as well as in Balatonfured. The 17th edition of the championships will feature swimming, water polo, diving, high diving, synchronised swimming and open-water swimming. 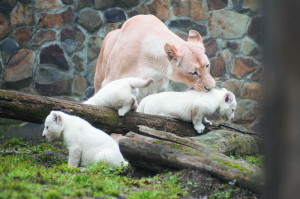 Binti and her two-month-old cubs in Nyíregyháza Zoo

Hungary’s film subsidy system needed to be repaired and the country’s film industry is now enjoying the benefits, government film industry commissioner Andrew Vajna has told public Kossuth Radio. The subsidy system had to be “built up from the ruins” of the previous one, Vajna said. There had been so many problems “surrounding films” that the old system had to be scrapped, he insisted. Its replacement had “turned out to be very transparent”, and film industry players were now fully aware of where subsidies were going.

Radical nationalist party Jobbik is launching a campaign to promote its bid to equalise wages throughout the European Union. MP Marton Gyongyosi said a citizens’ committee formed by Jobbik recently has already sent its petition to Alexander Italianer, Secretary General of the European Commission. The committee is seeking a speedy assessment of the petition so work can begin to collect one million signatures needed to include the principle of “equal wages for equal work” in the statutes of the European Union, Gyongyosi said. Jobbik leader Gábor Vona is opening the campaign in Budapest before visiting 26-27 cities to meet representatives of unions and other bodies. 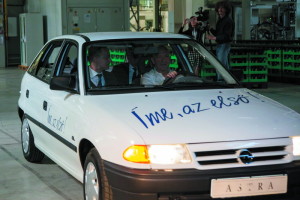