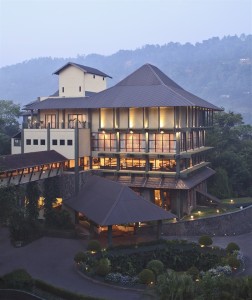 British film director Carol Reed said of Sri Lanka that “the whole island is like a technicolour film set”. Technicolour isn’t our favourite film stock, being rather garish, and Reed is in fact best known for his atmospheric black-and-white classic “The Third Man”, set in post-war, bombed-out Vienna. Still, we know what he means. Sri Lanka is exactly like he says. 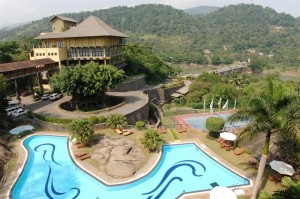 Reed shot the largely forgotten “Outcast of the Islands” there in 1951. For an easier-to-find film displaying the natural scenic splendours of the Indian Ocean island, see the David Lean epic “The Bridge on the River Kwai” (1957). Although about the Burma-Siam railway, it was shot in the jungle at sleepy Kitulgala, two hours’ drive from the Sri Lankan capital Colombo. Or try “Indiana Jones and the Temple of Doom” (1984). Or simply pack your bag and go visit.

The Budapest Times has been back to tropical Sri Lanka for the first time since 1973; first to hectic Colombo and then down the coast to quiet Kalutara, facing the Indian Ocean. Finally, we headed inland to the centre of the hill country, Kandy, Sri Lanka’s second-largest city and home of the Temple of the Tooth, one of the most sacred places of worship in the Buddhist world. 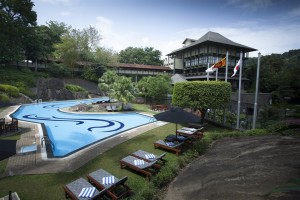 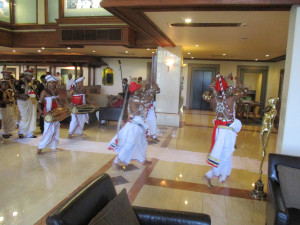 Kandy is a wild sort of place traffic-wise, with a zillion buses and tuk-tuks, and we wisely head six kilometres or so out of town to the much quieter confines of Earl’s Regency hotel. Here, the Sri Lankan hills and vegetation are so lush that it is outstandingly beautiful. There is so much greenery that things grow on other things, and the overall effect is to wring your heart-strings.

The Earl’s Regency is a good base from which to explore the mountainous and thickly forested interior of the island once known as Serendip, giving birth to the word “serendipity”. The Colombo-Kandy road, or railroad, passes through rubber plantations and rice paddies, then the Kandy-Nuwara Eliya route takes travellers on to the famed Sri Lankan tea plantations, These are two of the most scenic roads in the country, not to mention the unforgettable train line from Kandy to Ella, which no sensible tourist misses. 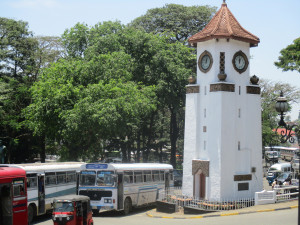 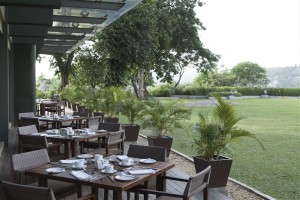 The hills are alive with parakeets and other birds, and if you go to the right place you can see elephants, not least at the 10-day Esala Perahera in Kandy, one of the oldest and grandest of all Buddhist festivals in Sri Lanka, featuring dancers, jugglers, musicians, fire-breathers and lavishly decorated elephants.

Earl’s Regency is so close to nature that our hotel balcony overlooking the scenery has a sign advising us not to feed any monkeys that may be hanging around. The hotel is cleverly built into the rocks, some of which come through the walls for an inside-outside feeling. The building sits on a hillside and has a calm and serene atmosphere away from the bustle of Kandy.

Earl’s Regency is approached through its landscaped gardens, and uniformed footmen help to enter the attractive lobby. The warm reception is enhanced by sitting down to check in with a welcoming flower and drink. 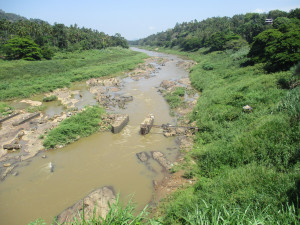 This day, “Udani and Thilina” are holding their wedding reception and musicians and dancers accompany the couple into the hotel, in a colourful and noisy display. Their guests gather on the beautiful grass terrace outside one of the hotel restaurants, with spectacular views of the hills right in the background. Down below is the Mahaweli river.

Udani and Thilina are young. A surefire way to know you are aging is when you are asked if it is your first visit to Sri Lanka, and you say, no, that was in 1973. The listener invariably responds,“Oh, that was before I was born!”. Here in this predominantly Buddhist nation, with its belief in the cycle of life-death-life-death, we feel the correct response should be, “Oh, that was in one of my previous lives!”