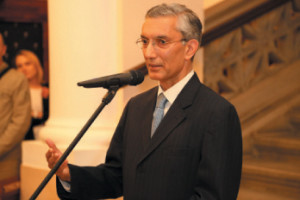 „Under the Smart Cities initiative, more than 100 such cities are being created across the length and breadth of India“ – H.E. Rahul Chhabra, Ambassador of India to Hungary

As Narendra Modi surged to power in India in May 2014, a deciding factor with the world’s largest electorate was his impressive economic record during 13 years as Chief Minister of the State of Gujarat. Modi pledged to use this know-how to revitalise the whole country’s flagging economy, and three years later that promise is on its way to being fulfilled.

Under the reform-minded Modi, India has been transformed into the world’s fastest-growing economy with consistent annual GDP growth over 7%. The rising powerhouse is acknowledged worldwide as a fast-growing market, reliable business partner, preferred investment destination, and provider of quality services and manufactured products.
The world’s seventh-largest country stands ready for years of further strong growth. Modi used his years leading Gujarat, from 2001 to 2014, to industrialise the State, and since his elevation to Prime Minister in a landslide victory his various initiatives have included the programs Make in India, Digital India, Smart Cities, Clean India and Start Up India.
His goal is to make the sprawling and complicated country the “Easiest Place to do Business”. In the two years after assuming power, the current government scrapped 1159 obsolete laws, compared with 1301 repealed in the previous 64 years.
The simplified laws, regulations and procedures are posted on India’s G2B (Government-to-Business) eBiz portal, www.ebiz.gov.in. The idea is self-certification rather than red-tape.
Work on industrial corridors all along the coast and connecting with the vast hinterland is going ahead apace, and the country boasts positive factors such as a young workforce, domestic demand, democracy, an independent judiciary and a reform agenda.
India is a federal union comprising 29 States and seven Union Territories, and another of Modi’s initiatives has been to unleash competition between them. India has started ranking the States on “Ease of Doing Business”, an index published by the World Bank. Evaluation is carried out by the bank and India’s Department of Industrial Policy and Promotion.
The theory is that the States are the administrative units in India and are responsible for implementing the federal government’s policies at the ground level. Ultimately, it is the business and investment environment in each State that foreign investors will note.
The States have taken the competition in good spirit.  The central government is keenly following their efforts to reform such factors as starting up a business, availability of land, beginning construction, labour compliance and even connecting electricity.
In 2015, only seven States had implemented over 50% of the 98 agenda points that were set and no State had crossed 75%. The World Bank noted that in 2016 all seven had over 75%, and four of the seven with the lowest income levels in India had found a place in the top ten ranks. 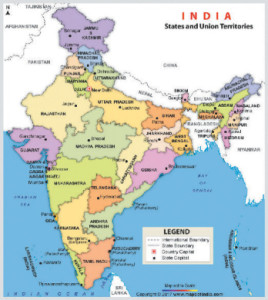 Maharashtra’s gross state domestic product (GSDP) accounted for 12.98 per cent of India’s gross domestic product (GDP) in 2015-16, the highest of all States. Mumbai is the commercial capital of India and a global financial hub, being home to several global banking and financial service firms. Pune, another major city, is an educational hub. Maharashtra is a key centre for IT and ITeS (Information Technology enabled Services), electronics and captive business outsourcing industries. It is one of the leading producers of sugarcane and cotton in the country, and provides 35 per cent of national automobile output by value.

The State has done well in attracting investments, with its robust infrastructure and pro-business policies. Apollo Tyres, which has built a plant in Hungary, has a factory to take advantage of an excellent road and rail network, three major ports, 23 minor ports and seven airports, providing excellent connectivity. Tamil Nadu has a 21% share in automobile exports from India. The State Government plans to develop a heavy engineering sector.  There are 16 operational Special Economic Zones for IT/ITeS companies, where some 350,000 people are employed directly and 750,000 indirectly.

This State offers investment opportunities in almost every sector and is a leader in areas such as pharmaceuticals, IT, infrastructure, tourism, education and health-care.  The Andhra Vision 2029 document aims to take Andhra Pradesh into the three best States by 2022 and a developed State by 2029.  Its ambitious plan is to increase the number of airports from five to 12 by 2020, and to develop 14 ports, three mega cities including the greenfield capital city of Amravati, and 14 smart cities.  It is also expanding its PECPIR – Petroleum, Chemicals and Petrochemicals Investment Region. In the past 10 years, the average Gross State Domestic Product (GSDP) has been 10.99%.  Andhra Pradesh is expected to post 5-6% higher growth than the national average in the next few years. There is a Single Desk Portal and 21-day deadline for approvals to set up an industry covering 26 clearances across 16 departments.

Haryana accounts for 75 per cent of passenger cars, 50 per cent of tractors and 60 per cent of motorcycles made in India. It is home to Maruti Udyog Ltd, India’s largest passenger car manufacturer. Suzuki Motor Corp.’s Indian unit has begun exporting its flagship motorbike Gixxer, manufactured at Suzuki’s factory in the fast-growing industrial town Manesar, to Japan, its home country.

Jammu and Kashmir’s handicrafts are world-famous and have emerged as a huge industry. Handicraft exports increased from USD 185 million in 2010-11 to USD 303 million in 2011-12.

State capital Hyderabad is a centre for information technology and pharmaceutical sectors. Leading IT companies Facebook, Google, IBM and Microsoft have a significant presence there. In 2015-16, Telangana exported IT products worth USD 10.42 billion. Hyderabad accounts for about 20 per cent of national pharma exports. The State government plans to set up the largest pharma city in India, creating a million jobs. Telangana shared top slot with Andhra Pradesh in the 2016 Ease of Doing Business rankings, and has big plans for infrastructure, such as two more international airports, a much extended metro network and 1000 kilometres of world-class roads. Three industrial corridors are planned on the lines of the existing Hitech City (Hyderabad IT and Engineering Consultancy City). The planned Women Green Industrial Park will be Ficci Ladies Organisation’s first women’s entrepreneur park in India.

Himachal Pradesh is one of the fastest growing regions in the pharmaceutical industry in India. Over 300 pharmaceutical companies, including Ranbaxy, Dr Reddy’s, Morepen and Torrent Pharmaceuticals, have set up operations there.

This resource-rich State is a source of electricity and steel for the country. Korba district is known as the power capital of India. The 12th Five-year Plan seeks to increase power generation capacity by 30,000 MW. The natural resources, policy incentives and infrastructure support investments in iron and steel, cement and power sectors.

One of the country’s leading industrialised States, Gujarat was pushed to third spot in Ease of Doing Business in 2016, by the proactive Andhra Pradesh and Telangana. Gujarat has 45 ports, 18 domestic airports and one international airport.  There are 106 product clusters and 60 notified special economic zones (SEZs).  Large-scale investment is expected as part of the USD 90 billion Delhi-Mumbai Industrial Corridor.  With just 5% of India’s population and 6% of its land mass, Gujarat accounts for 7.6% of India’s GDP, almost 10% of its workforce and 22% of its exports. It is the country’s petroleum capital and the world’s largest producer of processed diamonds. The long coast sees a quarter of India’s sea cargo pass through its ports. GSDP growth under Modi from 2001 to 2014 was almost 10%.

Goa is the second State in India to achieve a 100 per cent automatic telephone system with a solid network of telephone exchanges. 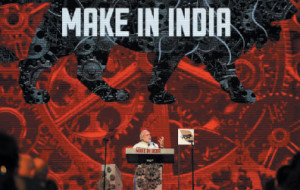 Rich in natural resources: fuels, minerals, agriculture and biodiversity. The third-largest producer of cement in the country, the State provides up to 13% of national demand. It holds 8.3 per cent of India’s coal reserves and has large coal-bed methane reserves. A variety of soils supports cultivation of a wide range of crops. The world’s largest solar-power plant is to be built, catching the interest of clean-energy companies around the world. Twenty leading firms have expressed interest in building the 750 MW plant.

Chief Minister Shri Raghubar Das promises assured stable governance, a policy-driven investment climate, law and order, people-centric development and digital inclusion as the pillars for a prosperous Jharkhand. He says the State is one of the richest mineral regions in the world, possessing over 37 per cent of the mineral riches of India. It ranks number one in coal reserves in the country, number two in iron ore reserves, and contributes 25% of the overall steel production and 62% of tussar silk production, besides being the leading producer of farm products. The State Government organised its maiden Global Investors Summit under its flagship Momentum Jharkhand program in February this year, the objective being to introduce the State as an investment destination beyond the traditional focus on automobiles, heavy engineering and extractive industries to diversify into the social and employment generating sectors of agriculture, textiles and food processing, with an emphasis on skill development and e-learning.

The Indian government is keen to roll out the Goods and Services Tax on July 1 this year, to truly make India a unified market and simplify the tax regime for businessmen. This single measure is likely to add one percentage point to economic growth. India is already the world’s fastest growing large economy with a rate of 7.5%. The government wants to push this into double digits.