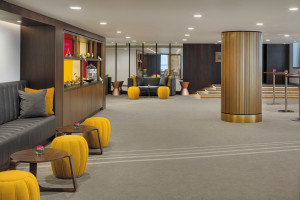 Three numbers with special meaning were celebrated at a lavish party in Budapest’s Kempinski Hotel Corvinus in April. The event was named, rather cryptically, “10-25-120-Infinity!” but the explanation was soon made known.

“10” refers to “Ten Rooms”, the just-completed EUR 2.1 million renovation of the Kempinski’s entire, first-floor meeting and events area.
“25” signifies the 25th anniversary of the hotel itself, which offers 316 rooms and 33 suites in the heart of Budapest at District V’s Erszebet tér.
And “ 120” is another anniversary, that of the Kempinski Hotels group itself, which was created in 1897 and is Europe’s oldest luxury hotel group. Kempinski now manages a portfolio of some 75 five-star hotels and residences in 30 countries, and continues to add properties in Europe, the Middle East, Africa and Asia.
Infinity? Both the Budapest hotel and the group in general march forward. Kempinski Hotel Corvinus will embark on a renovation of its rooms next year, and the group plans to expand to 95 to 100 properties by 2020. 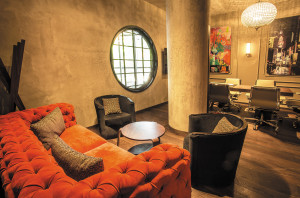 For instance, a touch of European flair is just about to open in Cuba, where the Gran Hotel Manzana Kempinski La Habana will be the first true luxury hotel in the communist country.
The Budapest hotel’s 10 new meeting rooms offer a total 1500 square metres, an increase on before. They are said to offer the most innovative and best facilities in the city for business or social events.
The rooms are all different but together offer flexibility and a good atmosphere with relaxing and friendly warm colours, created by MKV Design. New high-quality events furniture such as chairs, tables and desks of various sizes were brought from Germany. All the rooms have natural daylight.
The very latest audio-visual and lighting technology has been incorporated for optimal data flow, and the chefs have more opportunities to be creative. The hotel’s contemporary art collection has grown to decorate the new events floor.
General manager Stephan Interthal said that in its 25 years the Budapest Kempinski has been a breeding ground for innovations in the hospitality industry.