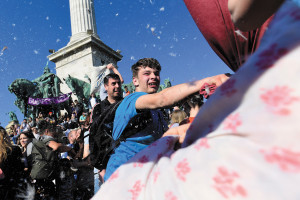 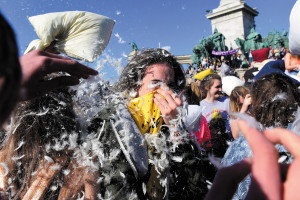 Businessman Lajos Simicska could potentially have gained direct influence in internet news portal Index.hu, because his nephew is on the board of directors of the outlet’s new owner, public news channel M1 has said. The transfer of the operations of Index to the For Hungarian Development Foundation was announced by lawyer Laszlo Bodolai, the foundation’s curator, on the website. The foundation’s board is lawyer Ajtony Csaba Nagy, economist Gabor Kereszty and Laszlo Bodolai. Nagy is the nephew of Simicska, the news channel said. The broadcast said one of Simicska’s companies, Pro-Rata Holding, exercised its options rights secured in 2014 and acquired a 100 percent stake in Index. It then passed on the outlet’s operations to the For Hungarian Development Foundation. 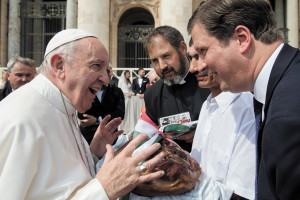 The British Embassy has moved out of its building in District V’s Harmincad utca after 70 years. The embassy is now in an office building at 5-7 Füge utca, District II.  This building used to be the Dutch Embassy, and has been completely renovated to provide the British Embassy, its staff and visitors a modern and fit-for-purpose working environment. The phone numbers and email addresses remain the same. 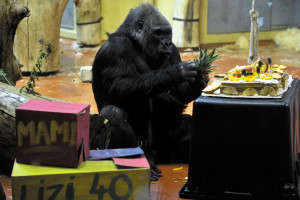 Liesel, the oldest gorilla of the Budapest Zoo, turns 40

Prime Minister Viktor Orbán will not move to the Buda Castle as he has a family home of his own and does not use a residence either, his press chief has asserted. It will depend on the outcome of next year’s general election who will work in the new prime ministerial premises to be established in the Carmelite cloister now under reconstruction, Bertalan Havasi said, commenting on a demonstration by opposition Dialogue party activists protesting against the project at the site. The prime minister is satisfied with his current workplace and is proud of working in one of the finest buildings of Hungary and even of Europe, Havasi said. The Prime Minister’s Office and the cabinet will leave the Parliament Building upon an explicit request by the National Assembly. Concerning the protest, Havasi said that “chaining yourself [to an object] is not an expedient method. If opposition politicians chain themselves everywhere how will they participate in the elections?” 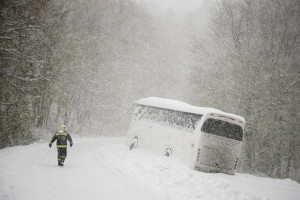 Magyar Suzuki, the Hungarian unit of Japanese car maker Suzuki, has announced the production of its 3 millionth car – an SX4 S-Cross – in Esztergom. The plant exports to more than 100 countries plus serving the Hungarian market. Magyar Suzuki opened the factory in 1992. It produced 211,266 cars in 2016, employing 3000 people. The Suzuki brand holds an 11.7pc share of the Hungarian market. Magyar Suzuki in December 2016 announced a HUF 5.3 billion development at the plant, upgrading its production and logistic system and developing a new prototype. The company had revenue of EUR 1.98 billion in the business year ended on 31 March 2016, up 28pc from a year earlier. Export sales were EUR 1.85 billion in 2015. Suzuki has invested EUR 1.7 billion in Esztergom over the past 25 years. 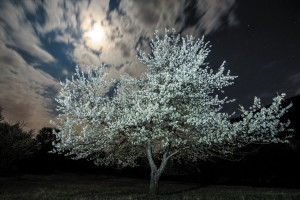 Budapest Court of Appeals has reduced a two-year prison sentence of Agnes Gereb, an obstetrician and midwife sentenced over home births, to a five-year suspended prison sentence. The sentence barring her from practising her profession was reduced from 10 years to eight years. Gereb was arrested in October 2010 and given two years in prison in February 2012 in connection with two cases of home births. One involved assisting with the birth of twins, one of whom was born dead. In the other case, she assisted in the birth of a baby who suffered severe complications and died six months later. Gereb and her attorney later appealed for a retrial, citing newly submitted opinions by experts. 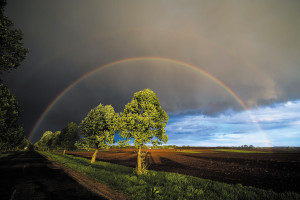 The top court has ruled that local council regulations in Asotthalom village banning certain Muslim religious practices were unconstitutional. The Constitutional Court annulled the sections of the regulations banning muezzins operating in public areas, the ban on burkas and chadors, and the ban of propaganda activities that present marriage in other ways than the bond between a man and a woman. The decision said local councils cannot introduce regulations that directly influence or restrict basic rights. According to the constitution, rules affecting basic rights and obligations can only be introduced by law, it noted. The mayor of Asotthalom, Laszlo Toroczkai, who is the deputy chairman of the radical nationalist Jobbik party, also issued a local decree banning the building of mosques in the village near the Serbian border.

Film commissioner Andrew Vajna and internationally renowned Hungarian-US screenwriter Joe Eszterhas are planning a film about legendary Hungarian footballer Ferenc Puskas. Vajna said it would be a “privately financed international production” and he would be a producer. The former Hollywood mogul said he had been “thinking for a long time about what an exciting film could be made about the most famous Hungarian footballer that would excite audiences”, and Eszterhas is already working on the script. Vajna noted that they had worked together successfully on several earlier films, most recently on the 1956-themed “Children of Glory”. “Puskas’ name is known all around the world, and in many places he is the first name that comes to people’s mind when they hear about Hungary,” he said. “It’s time for a film about Puskas’ life. For the time being, we are working on ideas; there are many open issues but we are certainly thinking in terms of a grand-scale, international production.”

The ruling Fidesz-Christian Democrat (KDNP) alliance continues to hold a commanding lead over the opposition, according to a fresh poll by the Szazadveg Foundation. In the whole sample, support for Fidesz-KDNP stood at 33 percent. Support for the opposition parties has stagnated lately, Szazadveg said. The Socialist Party came second with 11 percent, edging radical nationalist Jobbik by just one percentage point. The leftist Democratic Coalition (DK) garnered 5 percent, ahead of green LMP, on 4 percent, while Együtt was backed by 1 percent of respondents. Altogether 5 percent preferred other parties. Among decided voters, 48 percent said they would vote for the Fidesz-KDNP alliance if a general election were held now. The Socialists and Jobbik were tied for second with 19 percent each. DK won the backing of 5 percent of respondents, LMP 4 percent and Együtt 1 percent. Altogether 4 percent of decided voters said they would vote for other parties. The rate of undecided voters who did not choose any party to support stood at 31 percent, down slightly from previous months.

Seventy-two percent of Hungarians fear that a serious terrorist attack killing more than 100 people will occur in Europe in the next few years, a fresh survey released by the Nezopont research institute says. But only 20 percent of the respondents said it was likely that such a serious terrorist attack would happen in Hungary. Fully 61 percent said they expected that around a million migrants would seek to make their way to western Europe through Hungary. Twenty-one percent fear there will be a third world war and 17 percent said Russia would attack an EU member state in the next few years.

Budapest local council representatives have voted in support of plans to build a mobile flood levee on the Romai embankment in northern Budapest. The general assembly meeting approved the plan by a 19-2 vote, with four abstentions. In line with the proposal submitted by deputy mayors Gabor Bagdy and Balazs Szeneczey based on expert opinions, the levee to protect the area around the Csillaghegy inlet from floods will be built on the Danube embankment along the Barat stream and the Aranyhegy stream. By approving the proposal, the general assembly expressed its dedication to maintain the current recreational and sport functions of the Danube embankment, and decided that the basic function and character of the area must not change after the building of the levee.