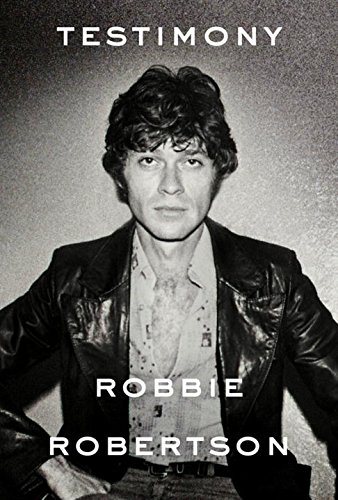 In 1966 Bob Dylan concerts were booed on three continents as devotees berated their favourite folkie protest singer for “going electric” and hitting the road with a stompin’ rock band and surrealistic songs. Dylan soldiered on and flourished, and that tour is now sometimes cited as the greatest in rock history. Robbie Robertson was the guitarist in Dylan’s band, the Hawks, and packed a whole lot more into his lifetime before and after.

Robertson was born in July 1943 to a mother of Mohawk and Cayuga Indian descent, and they lived on the Six Nations Indian Reserve in Ontario, Canada. He started his musical journey at the age of eight years when the power of music overwhelmed him as a couple of relatives were playing guitar. It immediately rang Robertson’s bell.

He worked hard doing odd jobs to save to buy a guitar. His first band at age 13 was a local outfit called the Rhythm Chords. At 16 Robertson discovered that rockabilly wild man Ronnie Hawkins needed a new guitarist for his backing band, the Hawks. He set out by train from Canada to Arkansas in the United States Deep South, the fountainhead of American music where Hawkins was based, but the hurt cut when he had to sell his beloved 1958 Fender Stratocaster to afford the ticket.

Robertson got the job but when he asked Hawkins about the pay the singer replied: “Well, son, you won’t make much money but you’ll get more pussy than Frank Sinatra.” The Hawks’ new guitarist had to try to be inconspicuous at gigs in case he was busted by the liquor inspector for being under-age.

Later Robertson discovered that his father, a working-class man, was not his real father. His mother had had an affair while her husband was on military service, and Robertson’s biological father was Jewish. The guitarist never met him, as he died in a roadside accident.

The discovery gave the half-Mohawk, half-Jewish Hawk an unexpected tie to the Cosa Nostra underworld, with which some of the late Alexander David Klegerman’s family members were entangled.

Life on the road is indeed sex ‘n’ drugs ‘n’ rock’n’roll, and Robertson dishes up plenty of tales about the Brill Building “songwriting factory” in New York, promoter Morris Levy (said to dangle people from windows to get his way), Andy Warhol, Salvador Dali, Keith “the loon” Moon, an aspiring guitarist called Jimmy James (shortly to be renamed Jimi Hendrix) and dozens more.

After the rollicking early years with Hawkins, the Hawks embarked on their trial-by-fire with Dylan before forging their own unique sound and mutating into The Band. Their groundbreaking debut album, “Music from Big Pink”, was a huge success, particularly among other musicians, the likes of Eric Clapton and George Harrison.

While the band/The Band was very much an egalitarian ensemble, with three main singers and precise, unflashy musicianship., their greatest songs – “Up on Cripple Creek”, “The Weight”, “Chest Fever”, “King Harvest”, “The Night They Drove Old Dixie Down”, “It Makes No Difference”, “Acadian Driftwood” – were largely the creation of Robertson.

The Band’s great run of success was eventually derailed by heroin and other wild behaviour, culminating in the famous farewell concert “The Last Waltz” in November 1976, whereupon Robertson perhaps wisely brings down the curtain on his absorbing memoir.

“Testimony” covers only the first 33 years of Robertson’s life, which would be several lifetimes for “normal” people. Apparently written over five years of reflection, it is a fine account of a remarkable musical career and an illuminating addition to rock’s history. There are photographs from his personal collection.